Left Sheridan at noon after hitting the bank and the court house for necessary money and documentation. I took Hwy 14 over the Bighorn Mountains and then took a rarely-traveled route, for me, down 14A to Lovell.The low-slung clouds made a gorgeous drive even more surreal and spectacular, hiding the peaks, trees and valleys in a very Tolkienesque-manner. 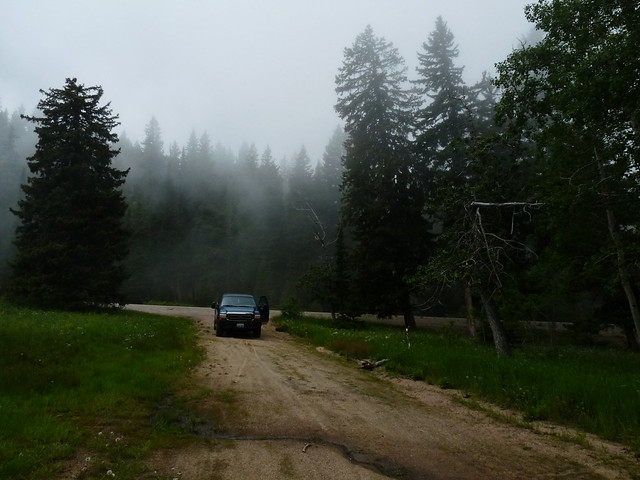 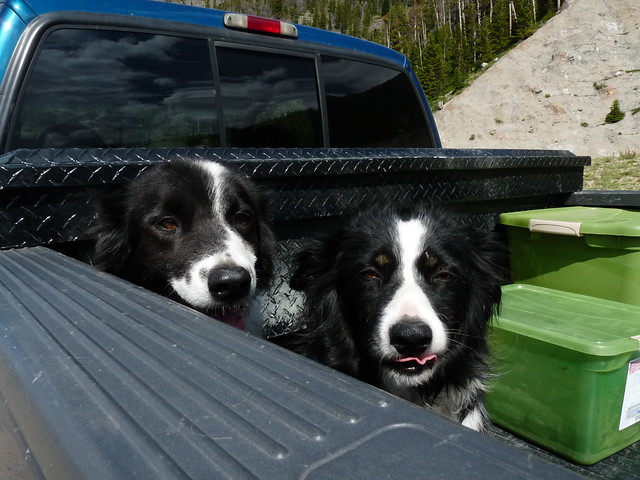 The Big Horn Basin is barren and dry but beautiful in its own way, and I stopped once on the way to Red Lodge, to let the dogs out of the truck and for us all to take a short break and get some exercise. 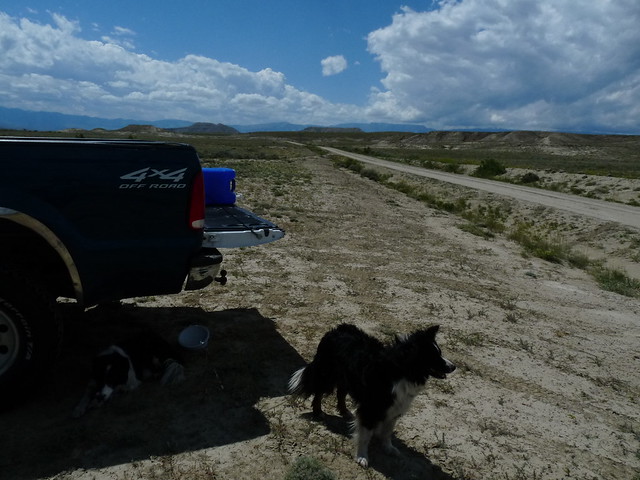 Shortly the scenery and landscape changed dramatically and we were soon in Red Lodge, Montana where I topped up with gas and picked up some beer before attempting Bear Tooth Pass…one of the most scenic, but scary drives in the US. The road that goes up and over the Bear Tooth Range is a narrow, two-lane road reminiscent of most English country roads, with only a guard rail between you and a several-thousand foot drop straight down into the valley below. The twists and turns of the switchbacks are hair-pin tight and force you to hug the center-line, praying that no traffic is coming down, or risk careening off the edge into the abyss of the valley below. You almost want to hold your breath in the tightest of corners, but blacking out while trying to maintain a constant distance between the lines of the 8-foot wide lanes is not conducive to making it to the top in one piece. 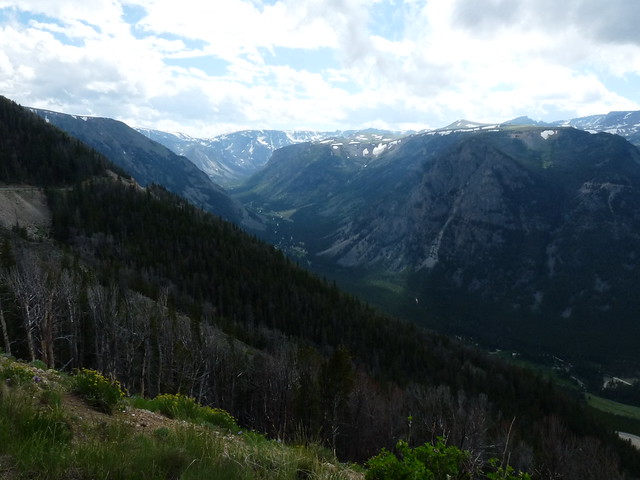 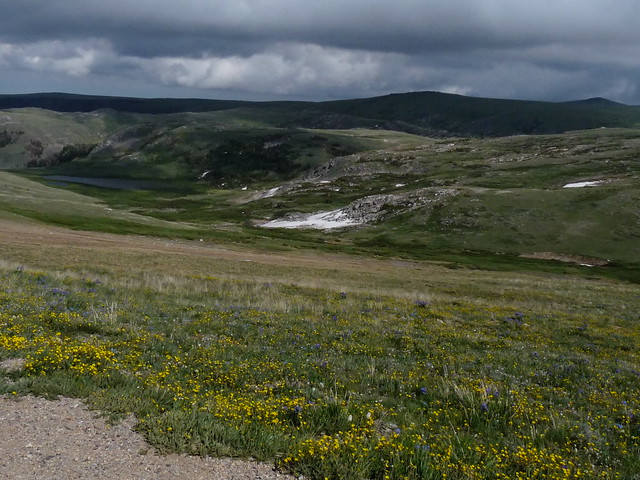 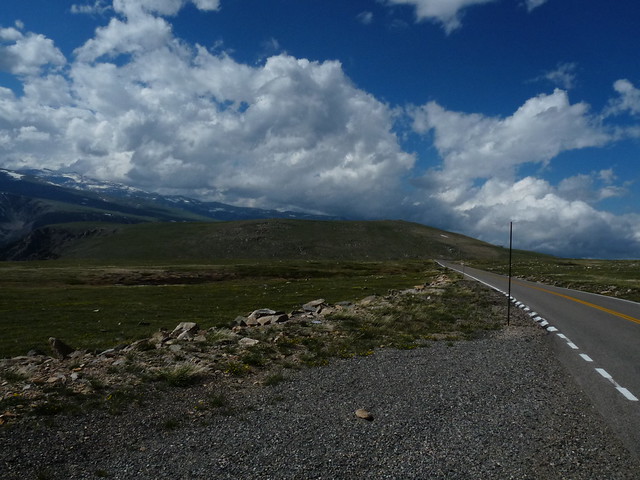 At the top of the pass you are above tree-line and the beauty of the mountain tundra is incredible to behold…along with the greeting of a couple of marmots who really didn’t seem to be afraid of me. After working for Skyline Guest Ranch in Telluride, Colorado I discovered that this kind of terrain, and the vistas that go with it, are by far my favorite as they are rare and difficult to get to. 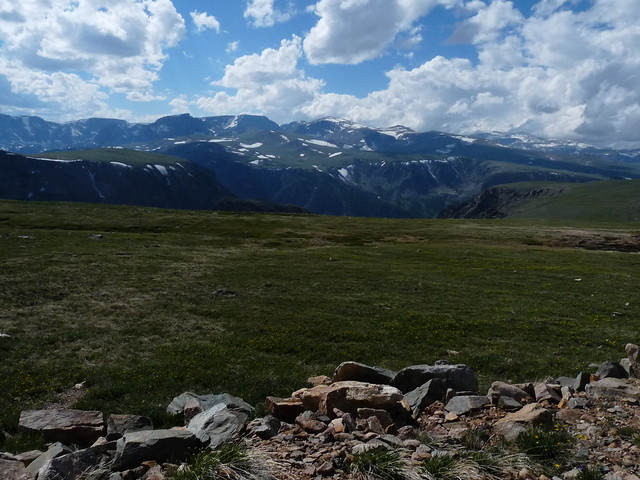 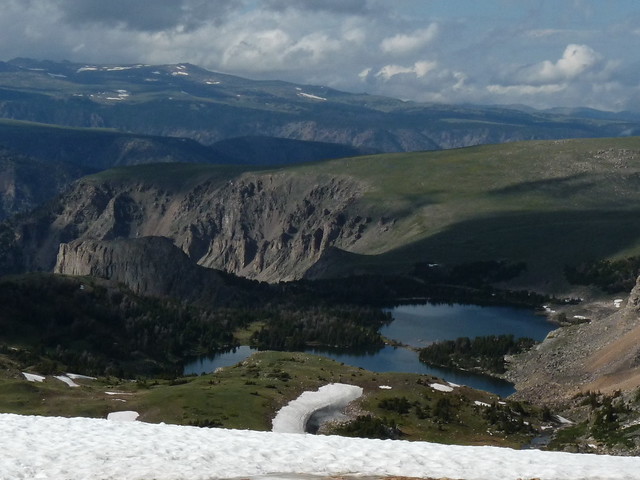 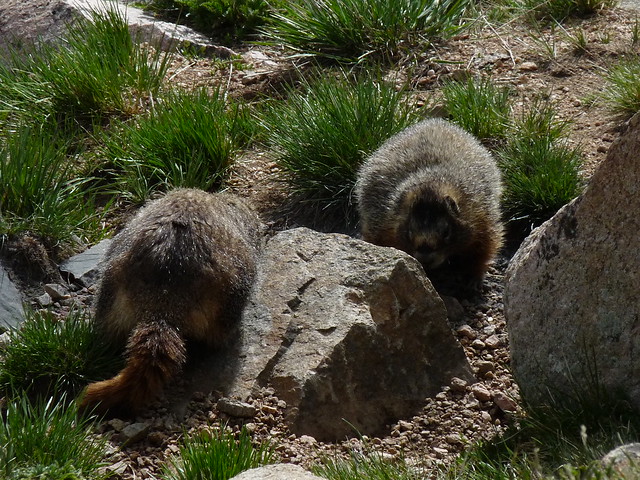 At this point it was getting to be late afternoon and I was on the hunt for a campsite for the night. I tried one promising looking forestry road but was discourage by the roughness of the track and the insane amount of mosquitoes. Moving on I found what I thought looked like a decent-enough road but which turned out to be some of the worst washboards I have encountered in a long time. Never one to be deterred I found a campsite, which sadly had some neighbors, but I was ready to cook some dinner and get a fire going. Unfortunately the mosquitoes were still bad and I had to douse both myself and the dogs (which they were none-too-happy about) with bug spray. Poor Cody got some on his jowls, which he then licked and proceeded to drool constantly for the next hour. The fire and bug spray did a pretty good job of keeping the mosquitoes at bay and we retired for the night, hoping to wake up to a quiet morning free of of bugs…how wrong I was!!! However, as always the first night was a little restless but I managed to sleep on and off until 8am. 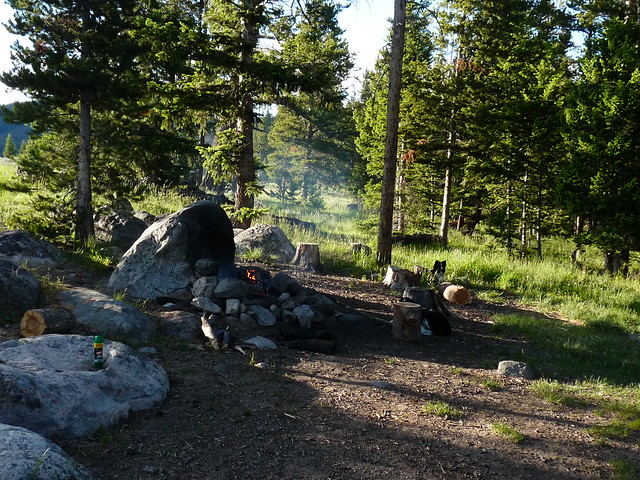 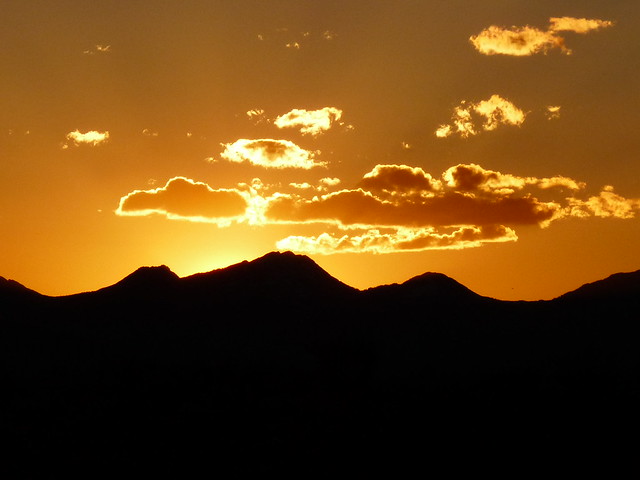