Oct-16-2015
Mosquitos had not abated at all by this morning…if anything I think they were worse. As soon as I cracked the back window they were swarming the truck. With haste I closed the window, threw on my yoga pants, shoved everything I could reach from the front of the truck onto my bed in the back and braved the outside. Instantly the dogs and I were inundated with buzzing, annoying little blood-suckers from hell. I doused myself in ’Off’ bug spray but it only limited their vampiric-tendencies and kept the very worst of them at bay. I only had a few things I had to move before the truck was movable and it took so little time I don’t think the dogs even had time to take care of business before I had loaded them up in the back of the truck and we made our escape. At the bottom of the hill there was a rest stop/overlook and I let the dogs out, minus the mosquitoes to do their thing while I made use of a proper bathroom. 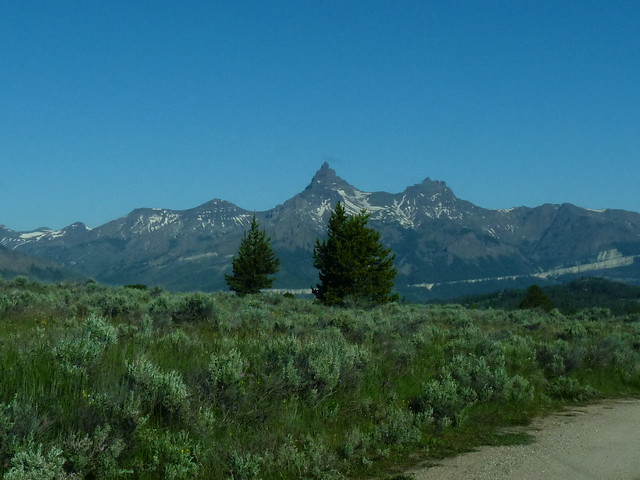 The first view out of the campsite was the peak I’d seen the previous evening that seriously reminded me of the Lonely Mountain, and the closer I got, the more impressive it became. We also crossed a raging creek, that looked scarily like a subterranean river I described in my first novel. 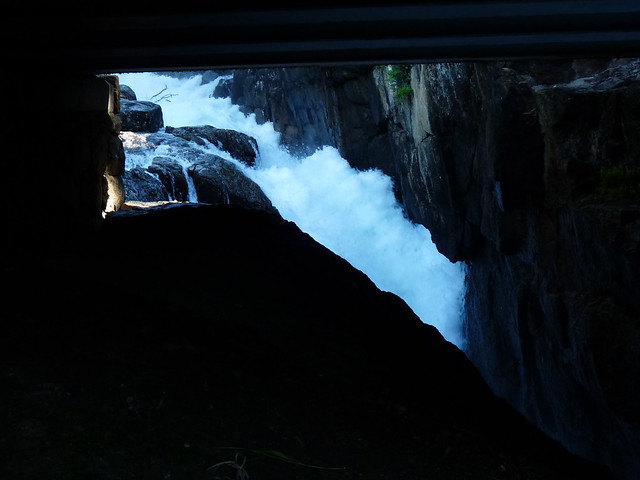 From this point we were heading for the Silver Gate entrance of Yellowstone National Park via Cooke City, a quaint little town with outrageously expensive fuel. Needless to say, we didn’t stop. I bought an annual pass for all national parks as Mt. Rainier, Mt. St. Helens and Crater Lake NPs are all on my list to visit this trip…and the four famous Utah parks are on the list for early next year. I have been to Yellowstone twice before but missed this north-eastern corner of the park both times. This is the area most known for wildlife and wildlife sightings. 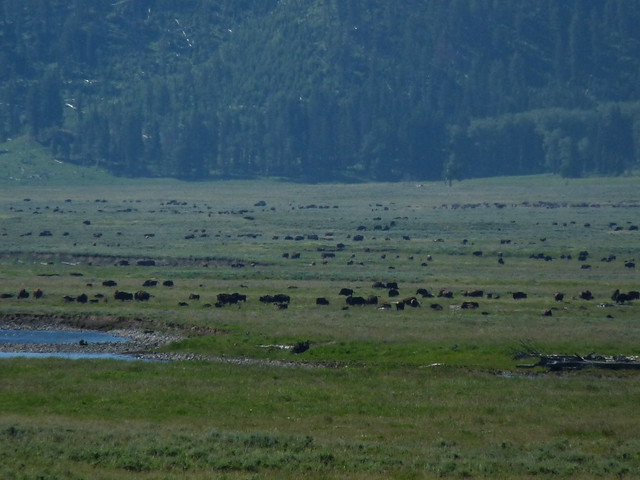 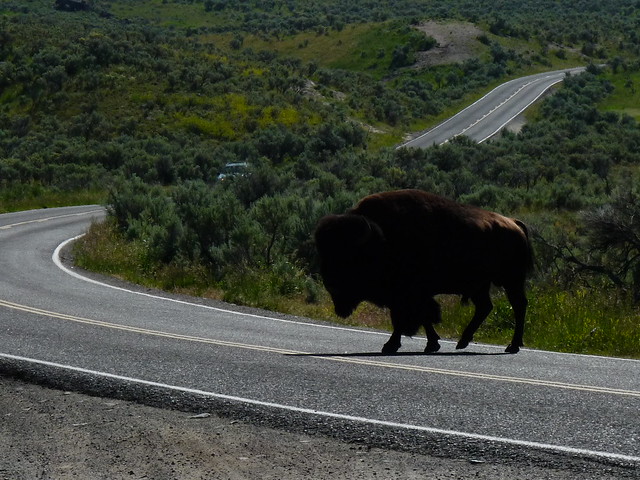 The bison herd were strung out for miles and numbered several thousand. It was quite an impressive sight. I’ve seen plenty of bison in my life, but the one bull meandering across the road and bypassing some curious tourists had me a little on edge as they got closer and closer to him to take pictures…some people are just idiots I guess. I was just waiting for the moment when he turned on them…and with two cow dogs in the back of my truck I knew what my response would have been. Thankfully, he just kept on meandering into the brush.

We meandered through the park and got stuck in traffic where people had paused to view wildlife; I assume it was a bear or something unusual as there was traffic backed-up for quite a distance. The views of the waterfalls, and rivers, were incredible but the photos I took don’t do the grandeur and majesty of the park much justice. The only other wildlife I saw were a couple of cow elk, sleeping quietly in the shade of the medical clinic right in front of where I parked my truck. I didn’t even notice them at first, thinking they were statues, until someone else started taking pictures. 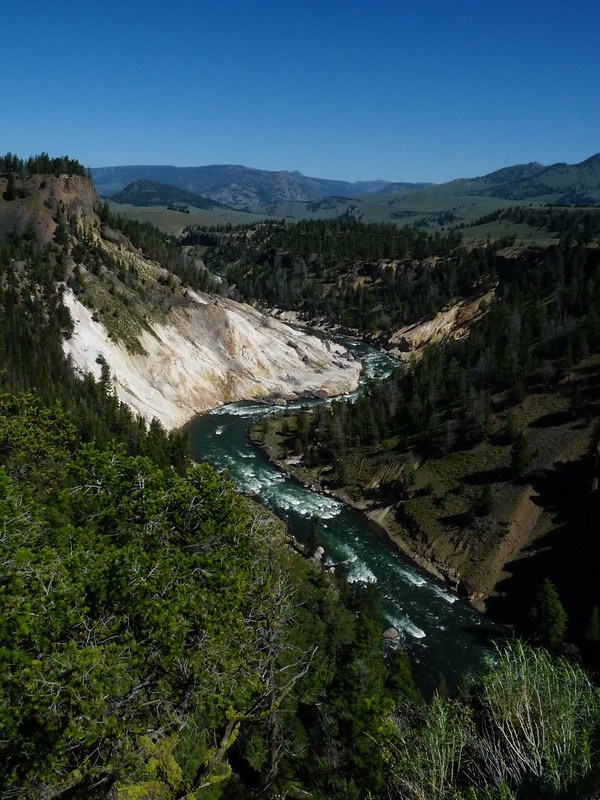 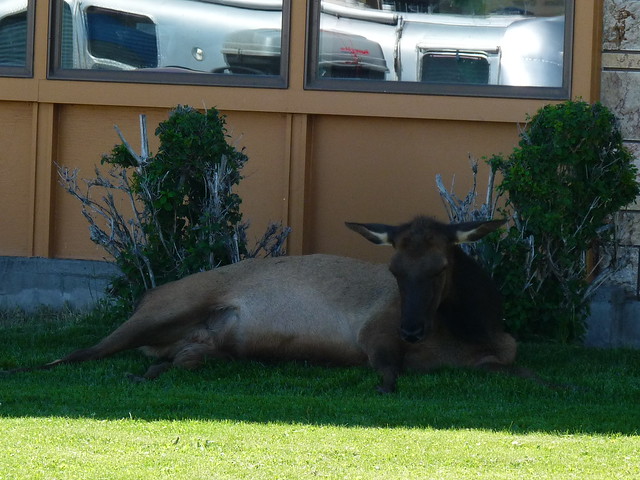 From Yellowstone we traveled north and stopped for lunch along the Gardiner River and for the dogs to have some play time in the river and cooling off in the water. Took some pictures of those having fun in or on the river, either fly fishing (only a little jealous) or rafting. We stopped again along the Missouri River and I think the dogs had a blast chasing sticks in the water. 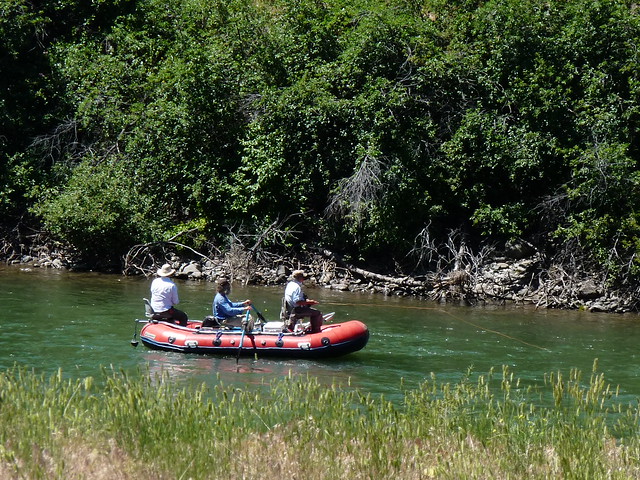 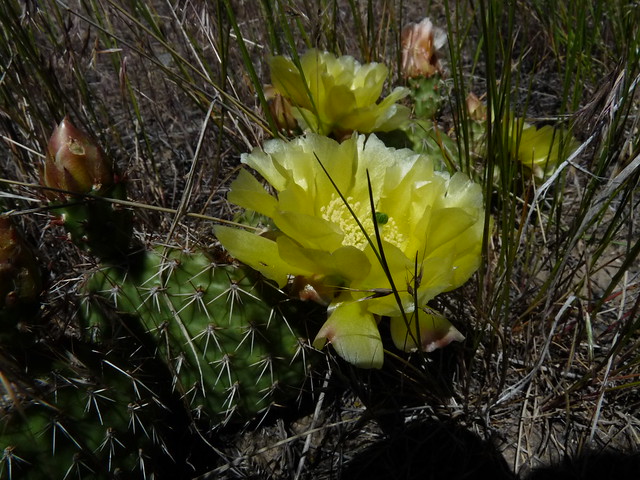 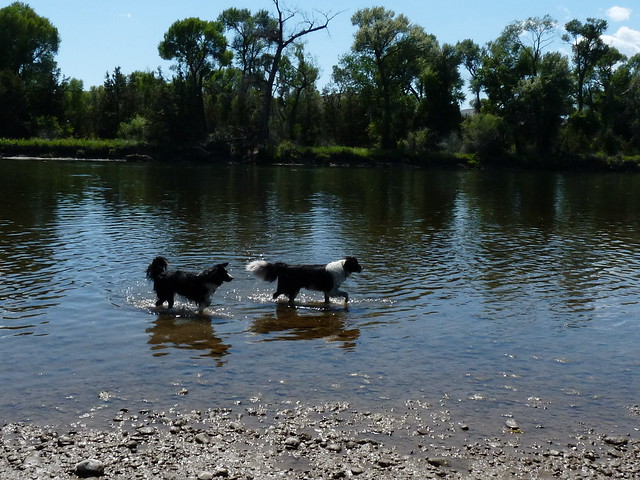 I had a place in mind to camp for the night off Stemple Pass near Lincoln, Montana but either my memory is getting worse or I took a wrong turn because I couldn’t find that camping spot for the life of me. Unfortunately the one thing that Montana’s national forestry system lacks is an abundance of roads to gain access to the national forest, and as such, very few places to camp. There are many so-called NF access road but many, many of these are flanked by residential development and it is impossible to find a place to camp. This is something that has always been a problem when I have camped in this state and it is very disappointing. This lack of access left me a little concerned as it was now 5:30 and I had nowhere to camp…it was a much longer day than I had expected or planned on. 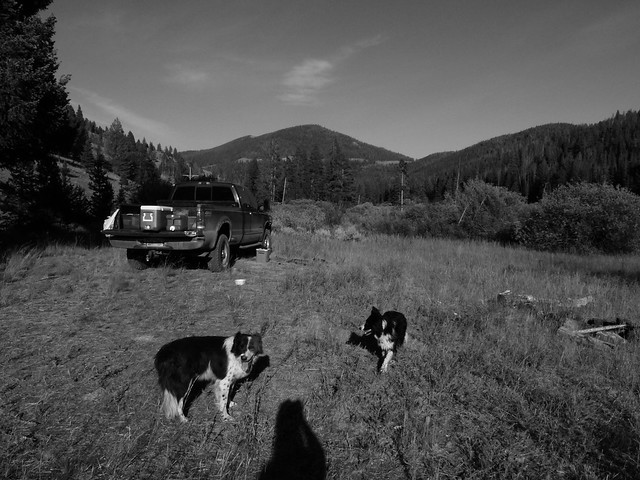 I was lucky to find one pull-off access to public land and took it, and despite the close proximity to the road I found myself a very pleasant place to spend the evening. The dogs played in the creek while I sat on the bridge, took pictures and drank a beer. Thankfully there were no mosquitoes although there were a lot of flies, but after the previous night I could live with flies! The second night in my truck, although not as restless as the first, was still less-than-stellar but I slept okay and awoke to a beautiful, sunny and warm morning.