Oct-18-2015
The problem with finding a campsite so early, as I did yesterday, and having a cooler full of beer means that there is an awful lot of time to consume said dastardly beer. As such I woke up this morning having slept like a rock but not feeling the greatest in the world. The whole day feels a little blurry and of course my favorite hangover food – McDonald’s sausage, egg and cheese McMuffins were not to be found anywhere in a two hour radius, and certainly further in the direction I was going (and as of writing this I still hadn’t found one).

We took the northern-most paved route from Montana to Idaho, crossing over the Libby Reservoir on one of the longest and scariest bridges I’ve had to cross. Heights don’t bother me, but the low guard rail and a huge expanse of water below me had me pretty spooked. I’ve never been a big fan of water, and driving over it at such a height, on such a narrow bridge was definitely NOT one of the highlights of my trip. However it was a pretty impressive piece of engineering so I did stop to take a couple of pictures of the death-trap. 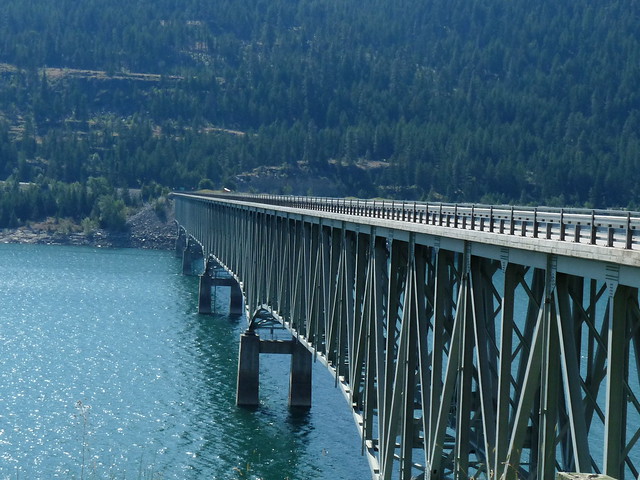 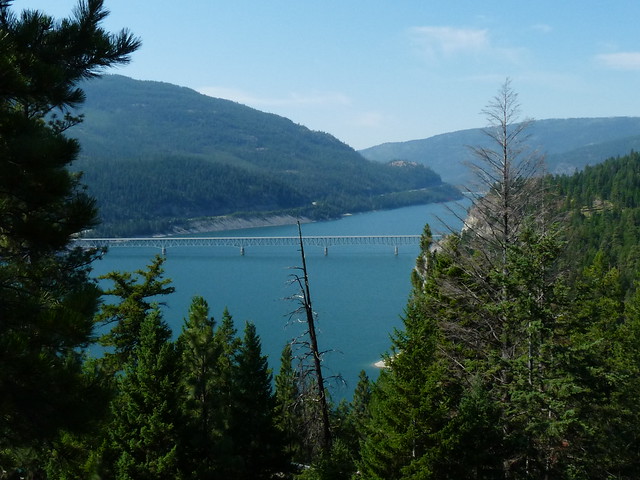 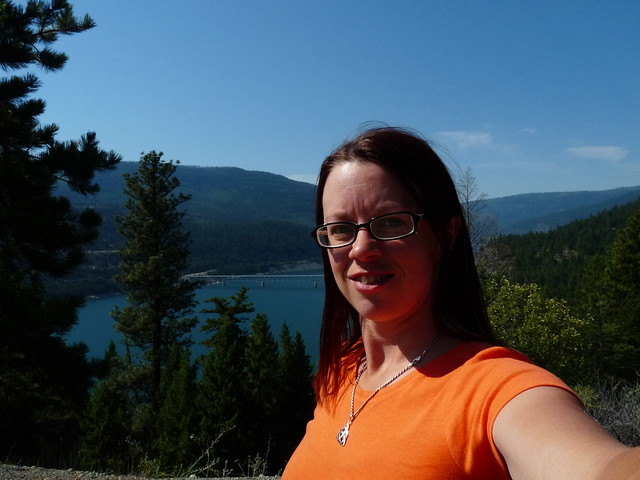 With that said we finally made it into Idaho, via Bonners Ferry, early this afternoon, switching from mountain to pacific time. We were forced to brave one of the hottest days of the year so far, even up in the mountains, with my phone informing me that the temperature topped out at 107 ́F. I had planned to stop in Sandpoint at McArthur Lake, which Cody and I had stopped at previously on our road-trip two years ago, but for some reason I changed my mind and we continued south. With the remnants of a hang-over still lingering I didn’t want to do much driving; I wanted to make camp and there weren’t too many National Forest options in the immediate area. After finding a turn-off it took another hour to find somewhere convenient-enough to park off the road and enjoy the view. 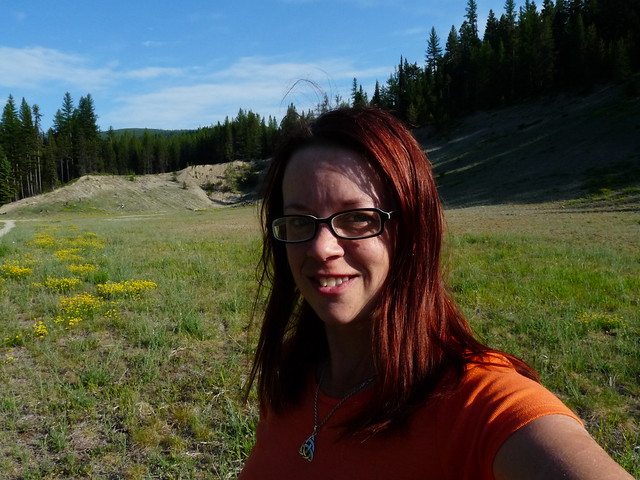 We stayed in the shade and did almost nothing besides take a quick shower after the sun went down and it had cooled off 20 ́ in two hours. 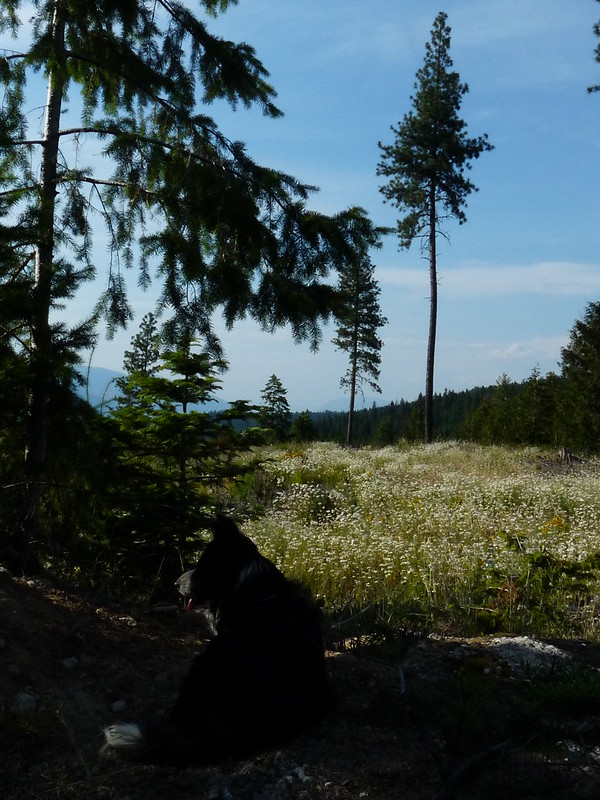 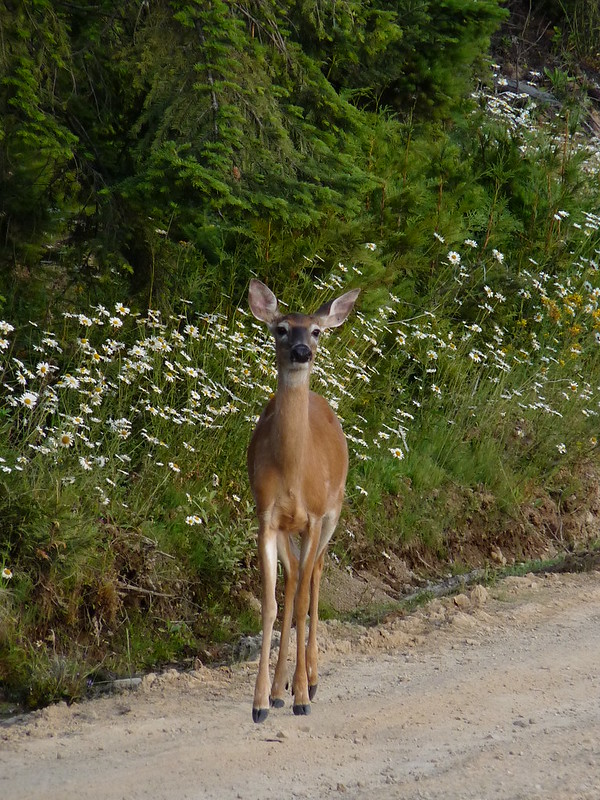 The only highlight of the day was the young doe that wandered curiously into camp, showing interest in myself and the truck and only slightly nervous. Of course Kye ruined it all by attempting to chase her for which she got sharply reprimanded. 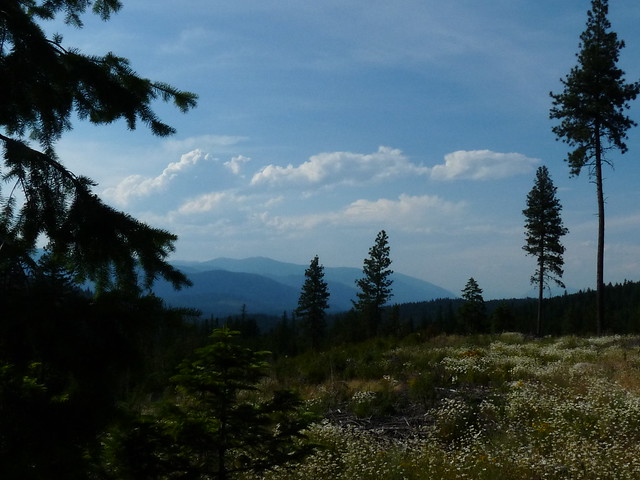 Thankfully the evening cooled off to the point that was barely tolerable to sleep. I left the dogs in the back of the truck where it’s cooler and they can have access to water all night. Both they and I were definitely too warm in the cab. I would have liked to have joined them, but I’m a little cautious in Grizzly country and didn’t have anything soft to sleep on in the bed of the truck…their fleece beds are a little small for them and me.