I was up early this morning, forgetting I was with people on pacific time. We took a little time to get going but eventually Steve, Breann, Sam, Melissa and I left the house at around 9am to go to Mt. Rainier National Park. I was glad I had suggested Steve recharge the AC on his car as it was quite the group of five people in a Toyota Camry. 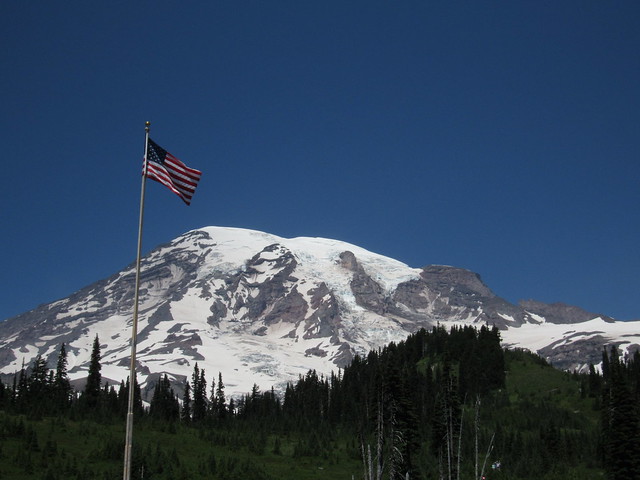 We drove the road to the visitor center, paralleling the Nisqually River, and stopped to take pictures of the mountain, Crystal Falls and a few other interesting things along the way. 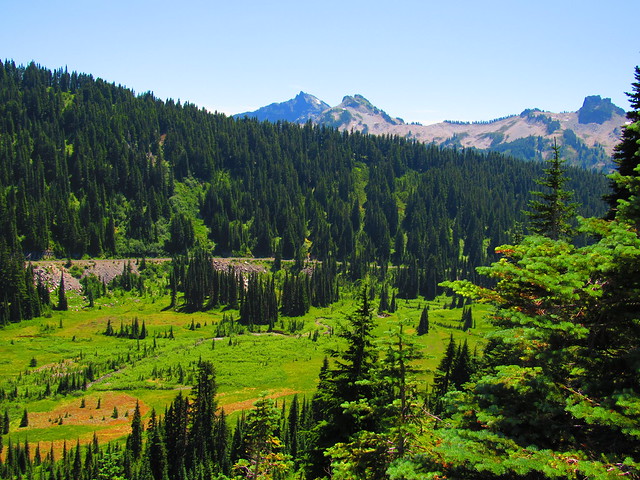 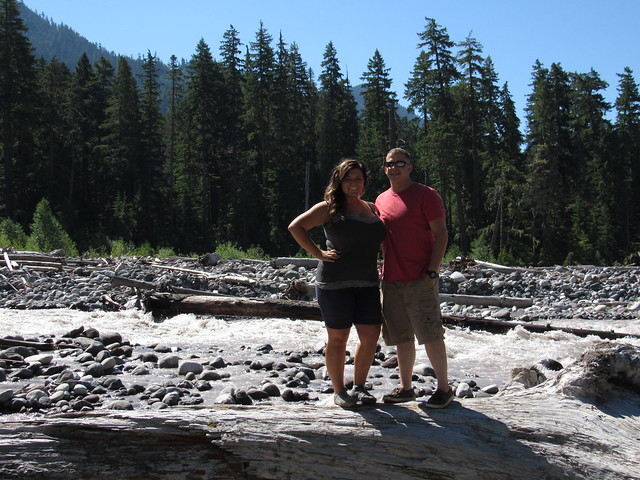 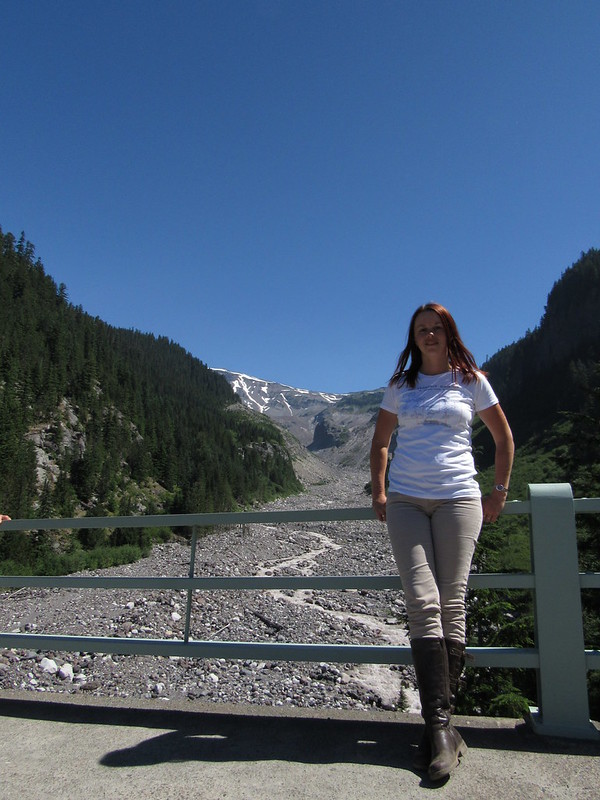 The glaciers were impressive up close but the effect of the mountain is really from further away when it is the lone peak in otherwise low lands. 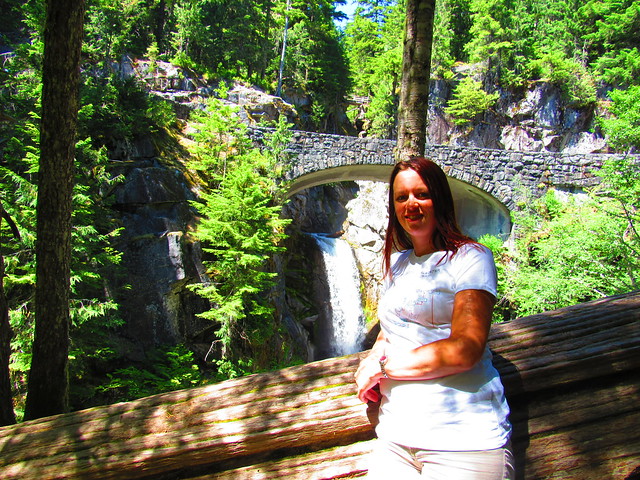 We bought some Rainier cherries on the way back which were delicious. We also stopped at Steve and Breann’s old house topick up mail but unfortunately we all picked up a few fleas from the carpet which had us all creeped-out and itching. It was a good thing to notice quickly so we didn’t bring any back to the new house. Sadly, this flea infestation was after the house had been bug-bombed already and Steve decided he would need to call in a professional exterminator.

We spent an hour in the pool when we got back which was cold but refreshing. Breann’s aunt and uncle arrived with their two kids. One of the kids was pretty well behaved and pleasant…the youngest of the two, however, threw food on the ground twice which completely unimpressed Steve who had spent a good while cooking the discarded ribs. 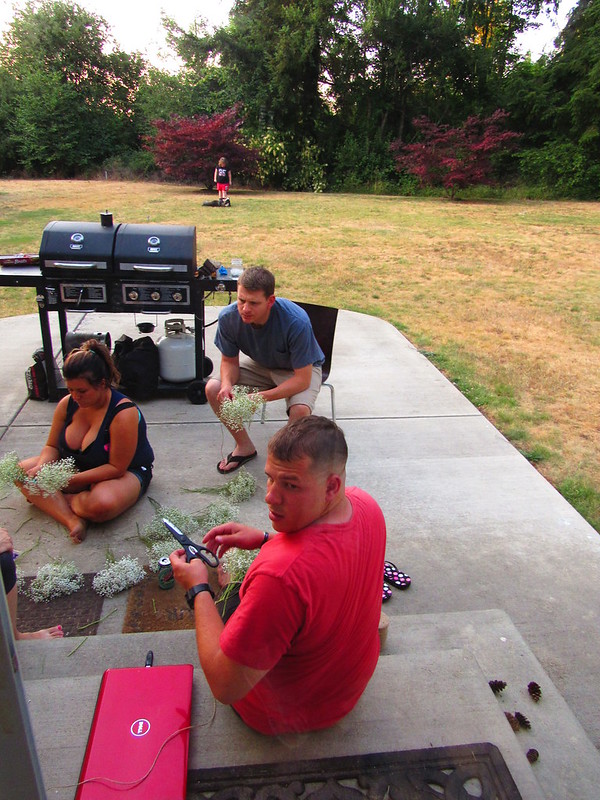 A group of people worked on wedding preparations outside while some of us (mostly the guys and myself) watched a few MMA fights on TV. We celebrated the day with a few fireworks and an American flag ice-cream cake (which was REALLY good).

It was a fun day but I was burned out by being around so many people and went to bed around 11.