Oct-26-2015
Day 12
A slow start today but got a couple of loads of laundry done before I left Steve and Breann’s place; I wanted to have as much time as possible between today and the next time I have to stop to do laundry at a laundromat. I think everyone finally got out of the house by noon.

I put about 3 hours worth of driving in today, stopping at Walmart to pick up diet Pepsi, ice and beer before following the same route we took on Saturday towards Mt. Rainier. I turned off before I reached the park and headed south towards the infamous Mt. St. Helens; the volcano that erupted in 1981 and caused massive devastation to the local area.

I tried one pull-off for a campsite but only succeeded in scratching up my truck through the insane undergrowth; I don’t think that Forest Service road will be open to vehicles much longer unless they clear some of the low-lying shrubbery. I was hoping it would end up in an open space and give me a view of Mt. St. Helens, and it kept looking promising but it never delivered…not even after 5 miles of torturous driving and beating up my truck. 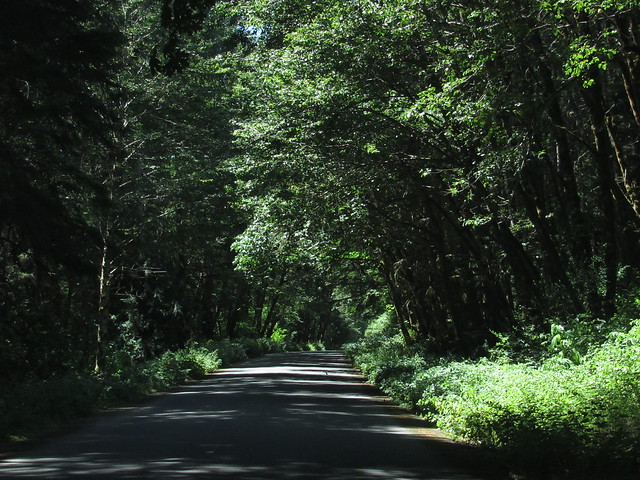 Thankfully, only a few miles down the road I found a suitable campsite, not far off the highway but far enough to be quiet and suitable for the dogs to run free without worrying about traffic. It was buried in the trees and at high elevation, both of which keep it cooler than surrounding lowlands, and also keep the truck cooler and in the shade in the morning when the sun comes up. 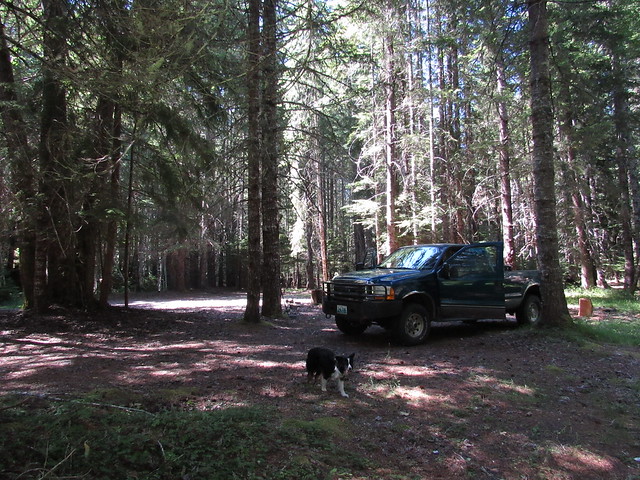 Unfortunately I couldn’t find level ground in the direction I needed and will be sleeping backwards tonight. I don’t think the dogs care, but I don’t enjoy sleeping with my head downhill. 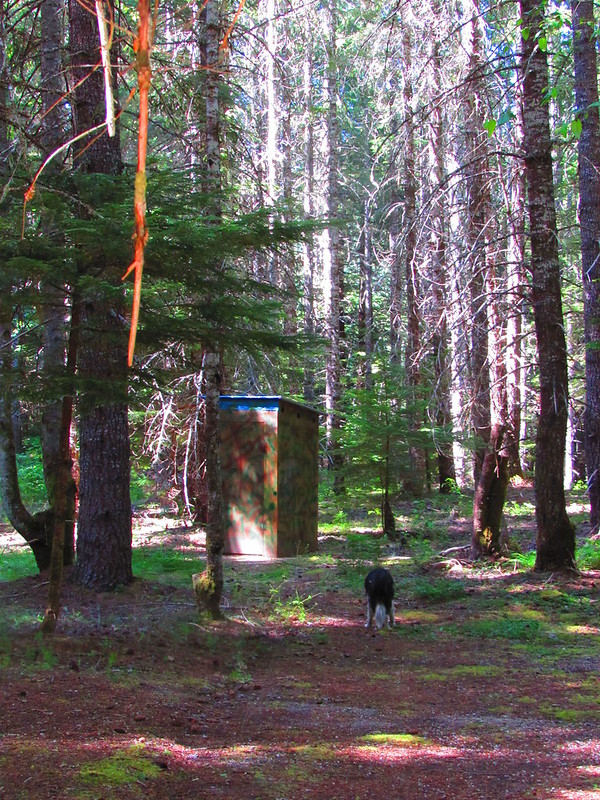 The dogs played and explored while I fought flies, cooked dinner and drank a couple of beers on the tailgate. As I write today’s entry there are snapping and poppings of twigs that keep making me jump. I am not in a secluded place but I am alone except for the dogs, but I figure if they don’t alert to something then it probably isn’t anything to worry about.

Went to bed and watched the first part of the second Hobbit movie before I crashed. I actually spent all night under the covers as it finally cooled off for a change.