Oct-28-2015
Day 14
I would say I had a really good night’s sleep, but I didn’t. It probably would have been decent if I hadn’t been awoken to Kye barking and growling at something in the dead of the night. Since I generally trust my dogs’ instincts over my own I spent a good five minutes searching out of the back window with a flashlight and my hand on my gun. After Kye settled back to sleep I was still high on adrenaline so it took me a while to doze back off again.

So I was up at 8am and got on the road quickly. I knew it was going to be a long day driving so I wanted to get an early start; unfortunately I didn’t realize just how long it would be! 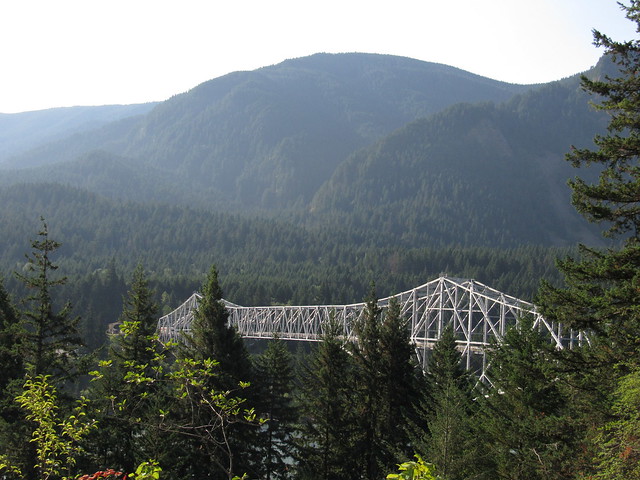 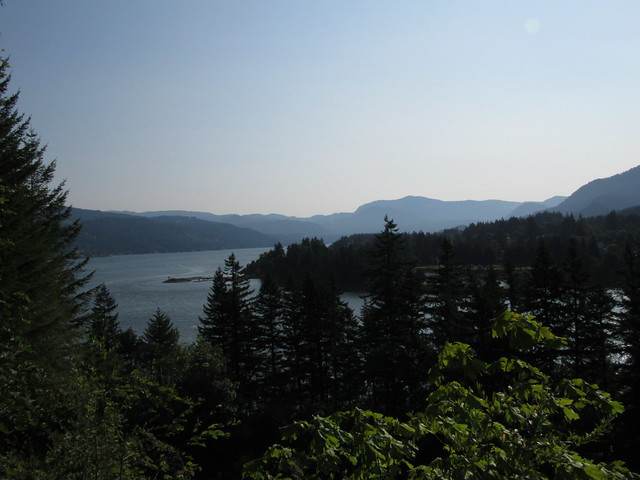 I returned to the Columbia River Gorge via Carson again but this time traveled west towards Portland. I crossed the Bridge of Gods into Oregon and on a whim took the scenic OR 30 Hwy. I was extremely glad I took this route as it led me by Horsetail, Multnomah and a variety of other waterfalls. Multnomah is the second highest, continually running waterfall in the US and it really was breathtaking. 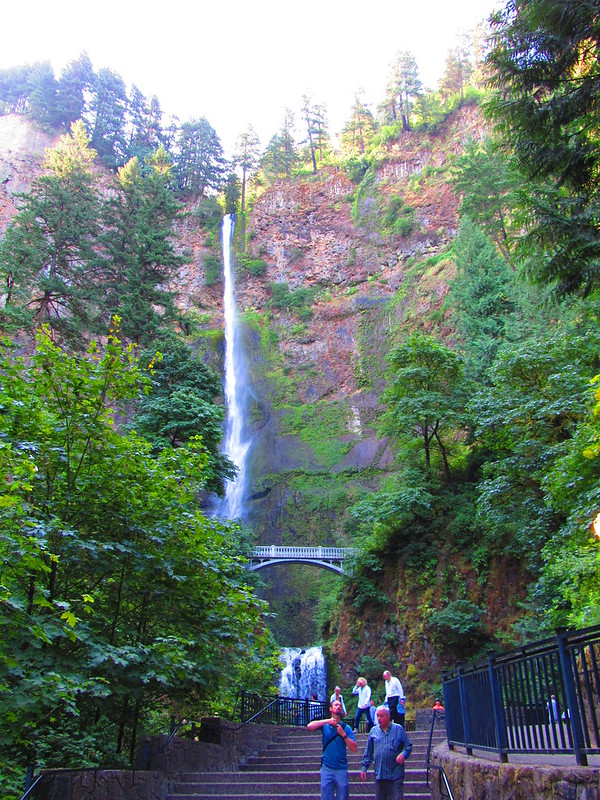 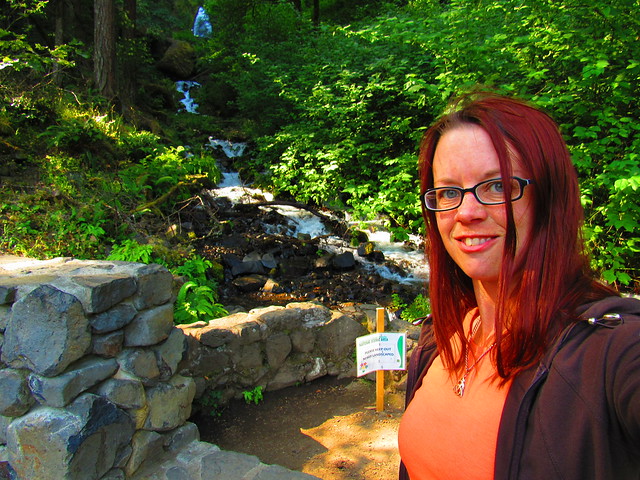 So after this short detour I rejoined the interstate towards Portland and promptly avoided the annoying voice on my GPS that wanted to take me straight into the city. I even think I cussed at her once!

We did a little back-roads exploration and I got my first taste of how gas stations work in Oregon…service to your door. It was a little odd but kind of nice. From there we joined the PCH at Lincoln City and stopped at Depoe Bay to take some pictures. 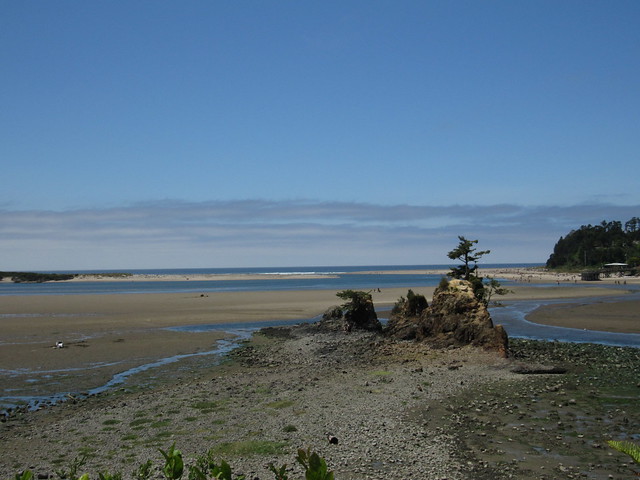 There were a couple of nerve-wracking bridges to cross over the harbor entrances (I don’t mind the height; it’s the water underneath that bothers me) that we had to brave before stopping for beer and ice in Yachats and being directed to the nearest national forestry road access. 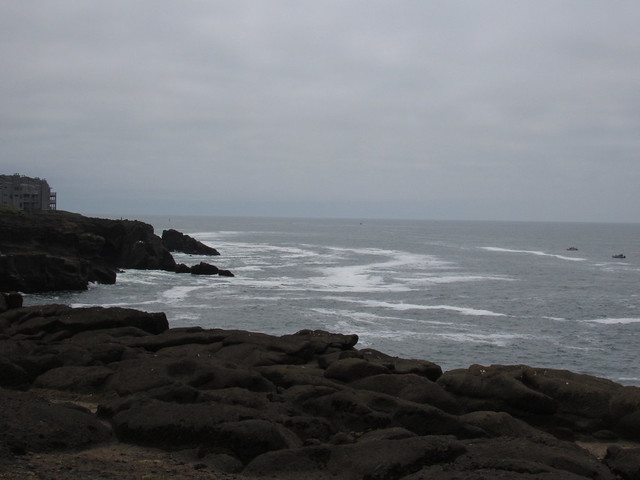 It took us quite a while to find a place to stop for the night but I found a nice grass-filled clearing, halfway between the road and a nice, clear creek. I saw two owls on my way through the forest but unfortunately I wasn’t in a position to stop and take pictures (think really steep grade and narrow road). 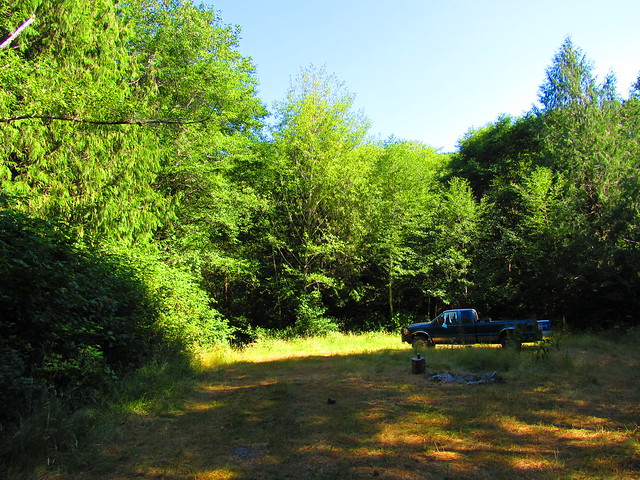 There was a tiny little path through some thick undergrowth to the creek and it really reminded me of some of the paths back home in England, which was nice but slightly sorrowful and nostalgic. I loved the greenery and moss and the deciduous trees…it felt so English. 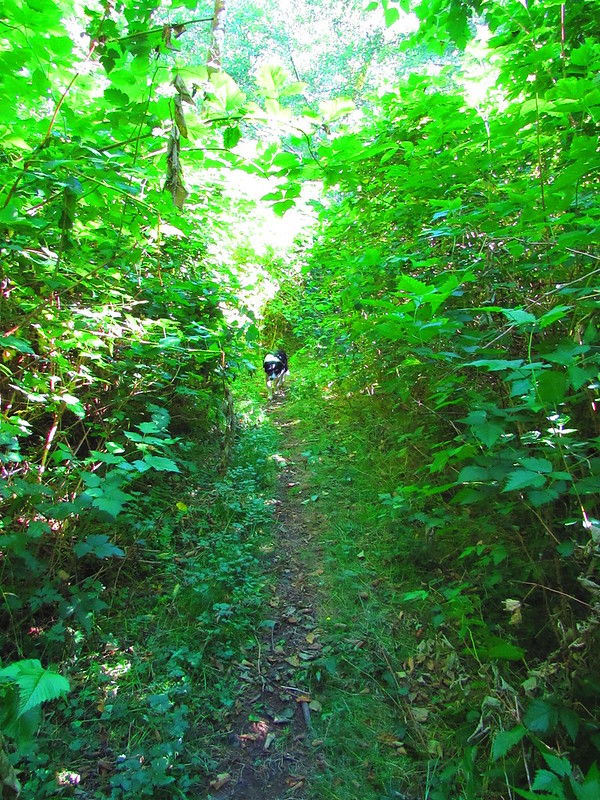 The one thing that had hit me pretty quick once I got close to the coast was the rapid drop in temperature. From 80 ́ in McMinnville to 69 ́ in Lincoln City which dropped to 64 ́ as we went south. I had no idea what the current temperature was while I was writing, but with the cool air and the breeze I had to put on my hoodie for the first time, in the evening, since the first night I spent near Cooke City. I was really liking the temperature difference and actually had to use a second blanket during the night. 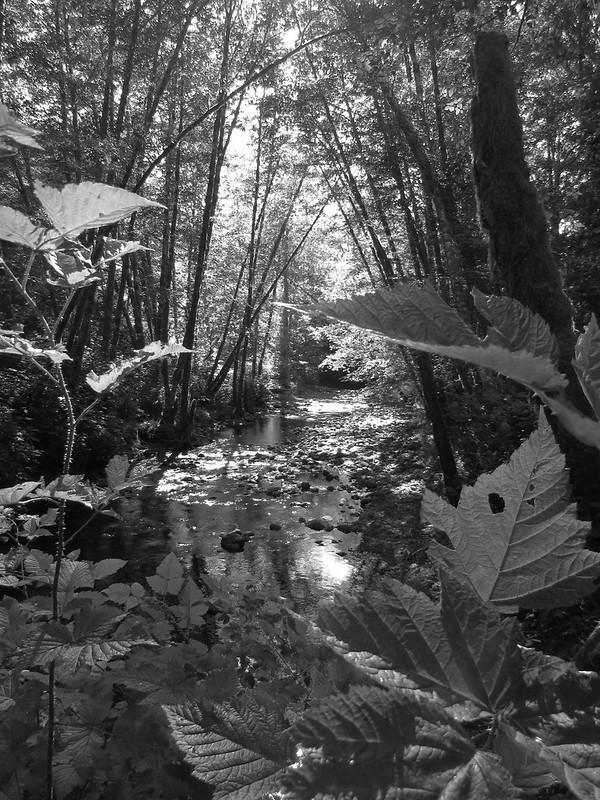 The dogs enjoyed the new tennis ball I got sometime during the day (the last one was lost while playing with Steve and Breann’s dogs at the lake last Thursday) and enjoyed the solitude. I really had no desire to go back home, although the driving did get wearisome sometimes, as did knowing how many miles I HAD to drive to go home. I was thinking that the next should be a much shorter driving day and I was hoping we would be able stop at the beach and a couple of the ocean-side towns to explore and see somethings.

It was definitely a quiet evening but we were surrounded by a whole lot of interesting plants, and I even risked eating something I was 99.9% sure were wild raspberries. They looked like raspberries, smelled like raspberries and tasted like raspberries so pretty darned sure I was right. They sure tasted delicious. The blackberries weren’t ripe yet and there were only a handful of raspberries, but it was a cool experience to recognize wild plants and actually get to eat them. (I found out later that the berries were actually thimbleberries). 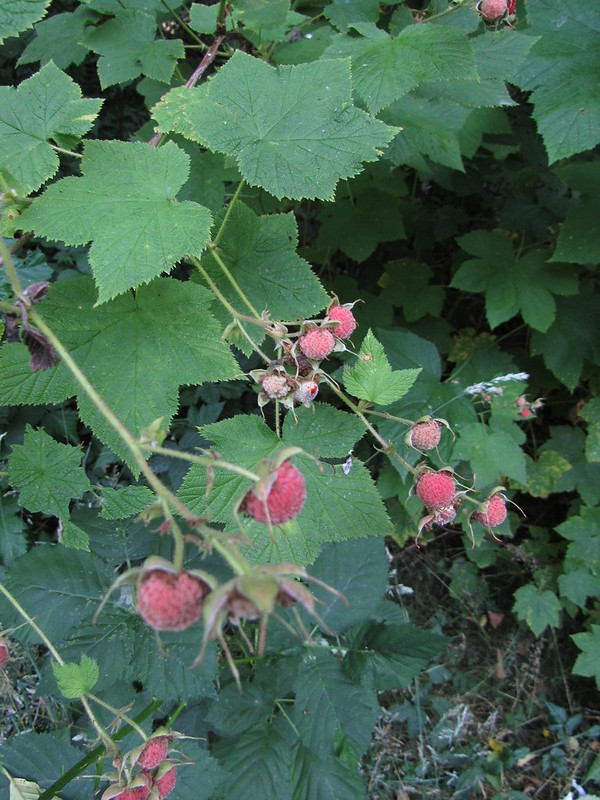