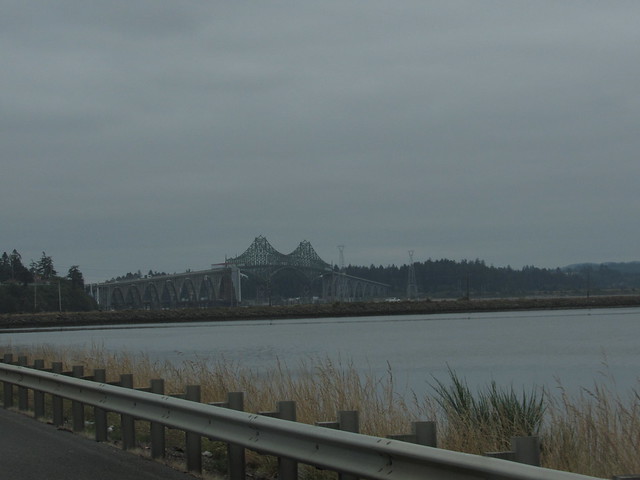 Finally awoke to some typical PNW weather…clouds, some drizzle and fog along the coastline which sadly meant almost zero visibility for the few miles I actually got to drive next to the ocean today. I did stop at the Sea Lion Caves which was really cool. It is the largest sea cave in the US and there were at least 75 sea lions in the cave, resting on the rocks or swimming. In the cove, on the beach there were probably double that. It was all very interesting to hear the males roaring and see the interaction and fighting between the males. The pups were pretty cute but from my understanding they don’t suckle from their mothers very long and are quickly weaned at 3-4 weeks. 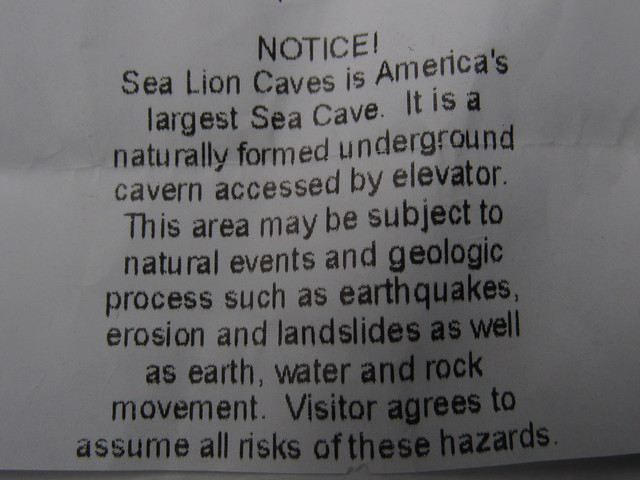 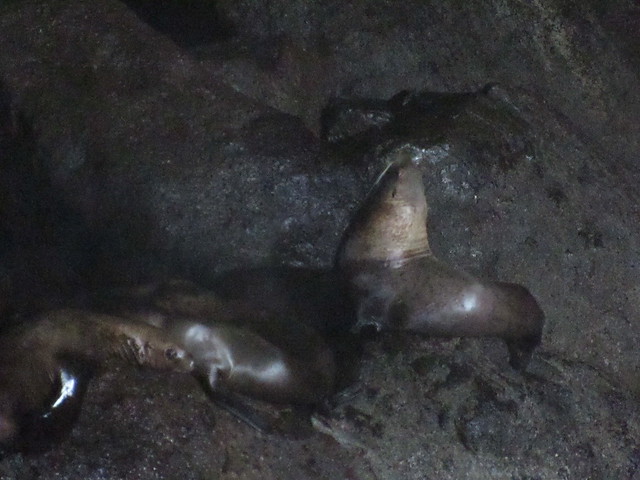 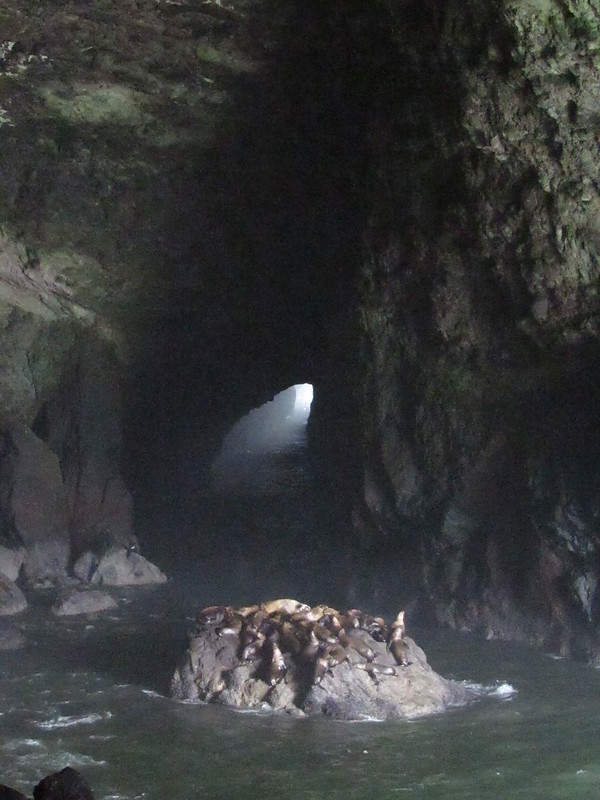 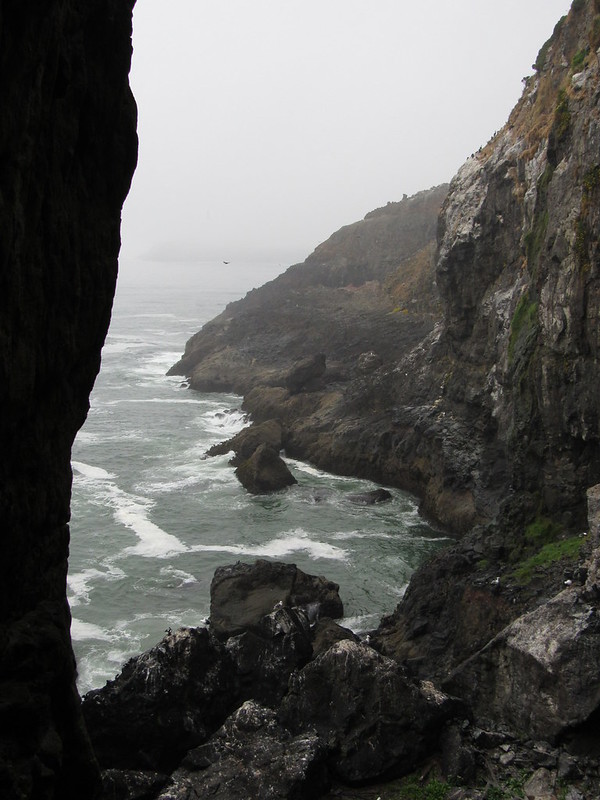 The PCH soon turns further inland and the view of the coast is lost for a while…at least for the rest of the time I was on it. After studying the map I made the decision to try and make it to Agnes in the Siskiyou National Forest. My GPS wanted to take me one way, which I thought was odd but followed the directions. After realizing it was taking me the long way round I found the initial road I had thought about taking, along the Elk River…and what an amazing drive that was. 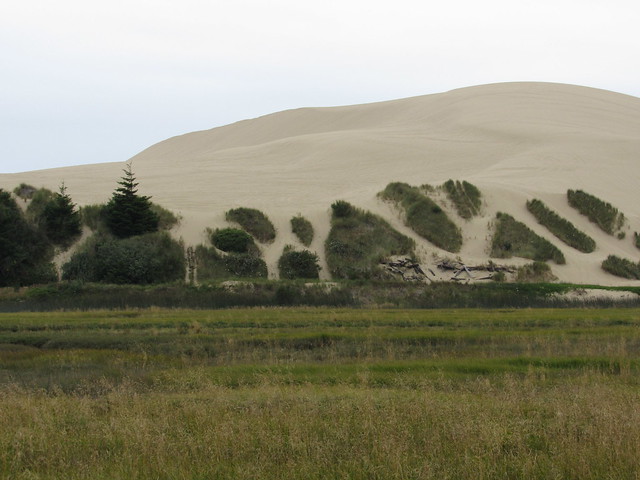 While I hadn’t planned on this route, due to timing and miles, I am thoroughly glad that I initially followed my GPS route and then ignored it. I found a fabulous campsite along the river, out on a shelf of rocks, next to the water. It wasn’t quite in the rock-walled canyon that I was hoping for, but it was still beautiful and serene. 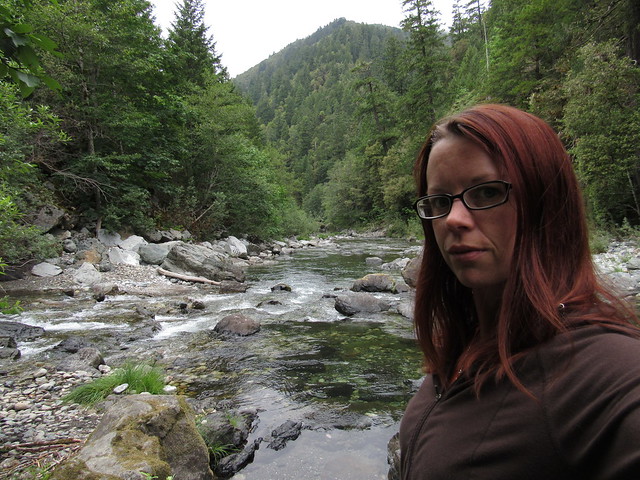 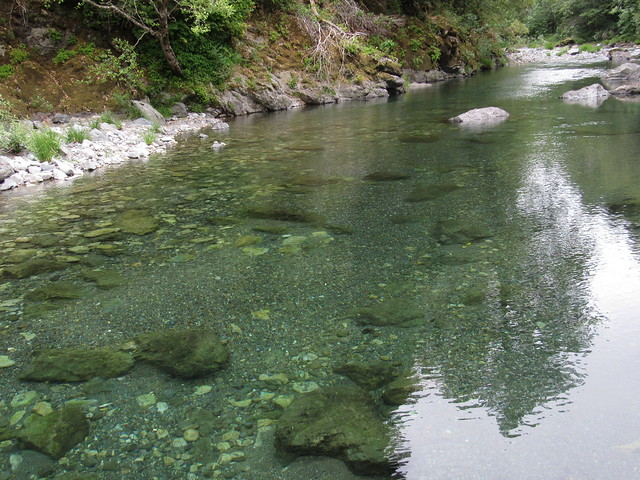 The water was incredibly clear and perfect, although bitterly cold. I found some very interesting rocks…one a heart shape, one a broken-in-two heart and the third had been scored by other rocks in a really odd manner. I found one other brightly colored rock that I crack in two and, in typical logic for me, managed to put a minor scratch in the LCD screen of my brand new camera!! I am so aggravated at myself for that, but it was honestly something that I could not have foreseen happening, but still super irritating. I will see it I can find something to fix glass scratches when I am next in a store. I believe it is plastic so I might have better luck than if it was glass…guess we’ll see. 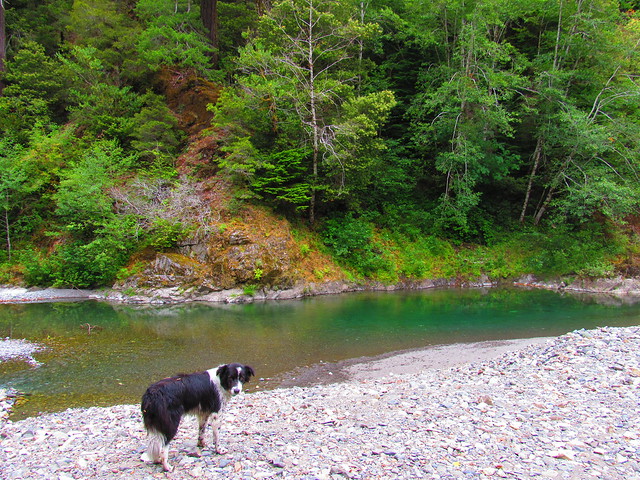 The weather remained cool all day and I hoped it would continue into the night. My plan was to head inland again the next day and so I was expecting to lose the cooler coastal temperatures by then…or the day after. The dogs played in the water and Cody spooked himself by getting a little over excited over a stick so he ended up swimming. Both Kye and Cody can swim just fine, Kye better than Cody, but they hate to get into water deeper than they can stand in. So, being the loving dog owner I am, I put on shorts and waded out into the middle of the azure blue pool to encourage them to come…ha ha, yeah, it didn’t work so well! Kye and Cody sat on the beach while I stood thigh-deep in cool water. It was actually very pleasant and I got a thorough foot cleaning by the little fish. If it had been a warmer day, like really hot, I probably would have been swimming in it. It was just so perfect.

As we wandered and explored the area we found more blackberries, and some very odd looking millipede-type creatures that I just had to get a picture or two. 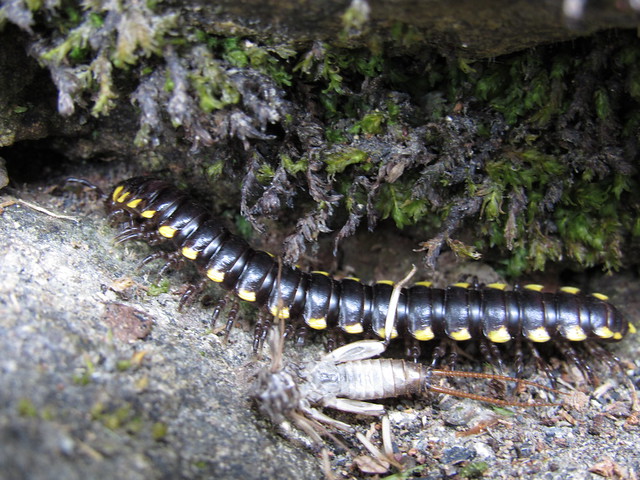 Well my perfect camping spot turned out to be less than perfect since I had invasion of three campers with old trucks and old campers. It seemed really rude and inconsiderate to camp next to someone else, even if there is “space” and a “campfire ring”. They were loud, had dogs and played music, plus they left at 9pm and didn’t get back until midnight. I hate people…and certainly don’t want to be sharing a campsite with them!!!!!!