After crossing back into the US we headed for the town of Oroville to fill up with gas and head south. I had only spent 10 days in Canada and had crossed back into the US April 1st (there’s some great April Fool’s joke in there somewhere). I still had until April 19th before I would head back to my friend’s place near Tacoma…that was almost 3 weeks to fill and Washington isn’t that large.

We followed the Okanogan River south to Tonasket and then to Omak where we stopped for lunch and other groceries before heading through the Colville Confederated Tribes Reservation. This is somewhat barren desert land but to me it is still a more forgiving and prettier environment than Arizona (or at least the NW part of it) which I hated.

The highway through the reservation was pretty and we were soon surrounded by pines and spruce and small patches of snow. We paused briefly so the dogs could get a nice long walk before we headed down the pass towards Coulee Country, an area of central Washington well-known for it’s deep ravines with long lakes and sheer basalt cliffs. With the contrast of blue water and black rock the views were certainly stunning as I drove. 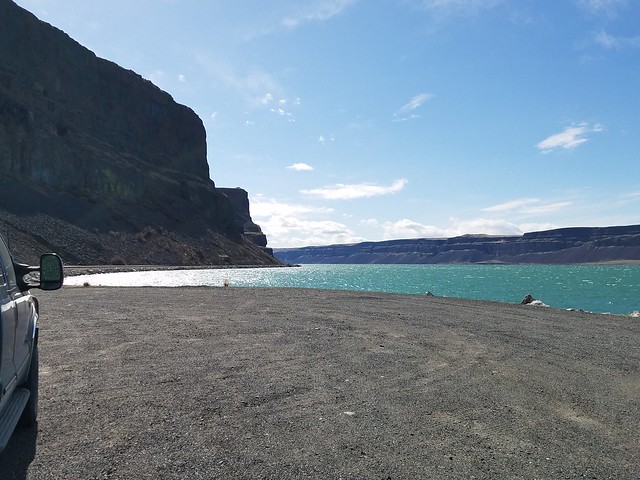 I constantly use an app called freecampsites.net and have found it invaluable (I think I’ve mentioned it before and should probably get paid for advertising at this point), especially in the late winter/ early spring months to find free camping locations. I was relying on it this time also but the locations it pulled up left a lot to be desired in this area. Washington has a permit system that uses the Discovery Pass, a $30/year permit that allows free access to any state land, including camping (except RV parks in state campgrounds). The only decent place I could find to camp (with an iffy outhouse) was on one of these permitted sites…and knowing I would probably make use of it I drove up to the state park and bought an annual pass. (I have since made use of it more than a dozen times making the cost plenty worth it). 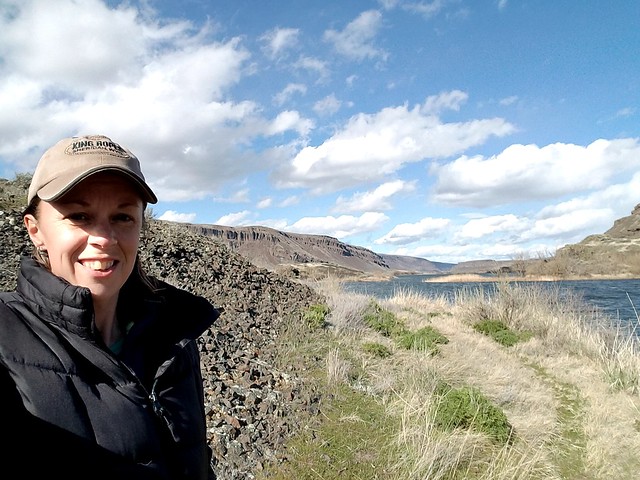 With permit in hand I found a pretty albeit windy place to camp for the night on the north shore of Blue Lake. It was chilly but we had some protection as the location I had found was hidden between two rock pinnacles and was somewhat protected. The dogs and I made do and bundled up on the leeward side of the truck and in the sun and enjoyed the gorgeous views, not to mention that the location was quiet. 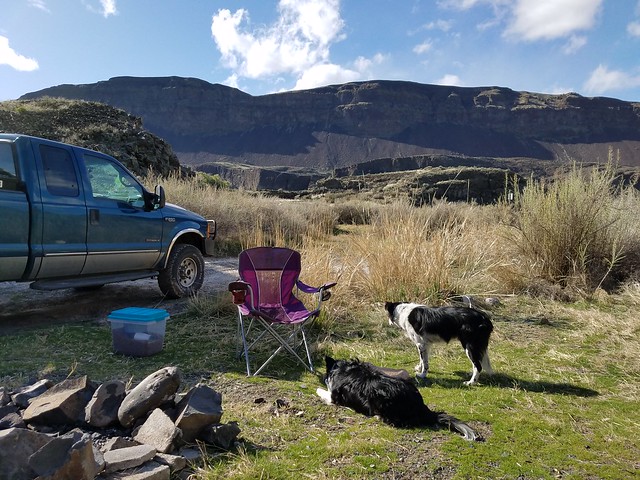 The next few weeks were spent campsite hopping, with way too much driving in between. We saw Coulee Dam, a huge monstrosity at a half mile wide behind which were the beautiful blue waters of Banks Lake. We spent several days in and around Richland, Kennewick and the Hanford Reach (an old nuclear reactor involved in things similar to the Manhattan Project) and enjoyed walking in several of the off-leash wildlife areas. 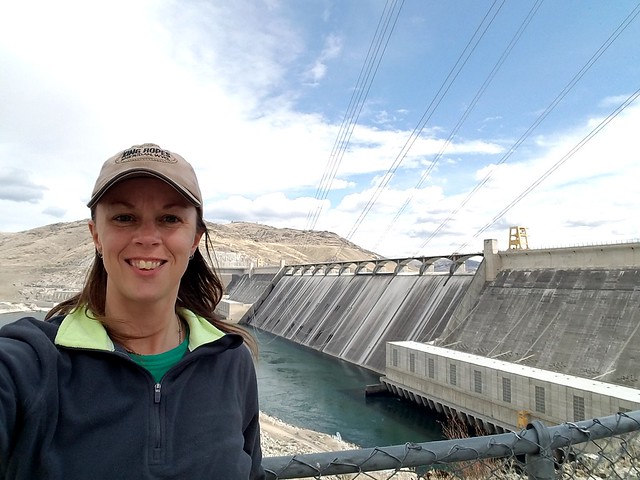 Campsites included a chilly and slightly public place in the midst of several man-made lakes near Quincy with some views that would rival the Grand Canyon, a couple of stays by Vernita Bridge across the Columbia River, a boat ramp on the Columbia River more than once (and once where we almost got blocked in) and at least one casino which was probably my least favorite (no surprise there). 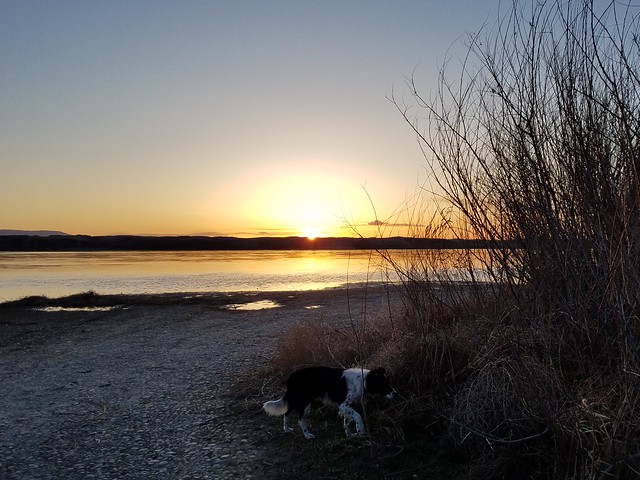 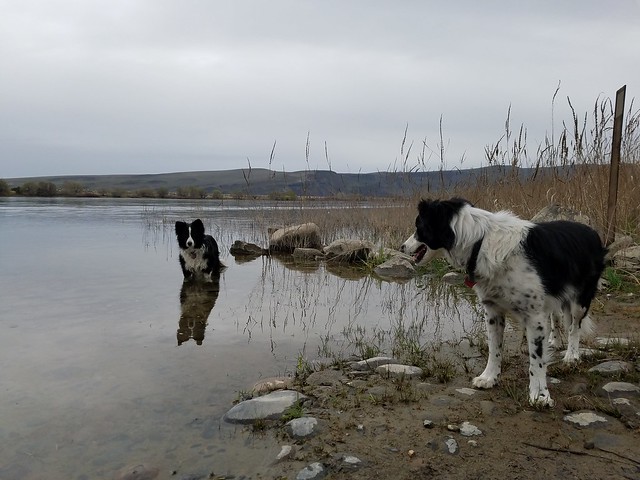 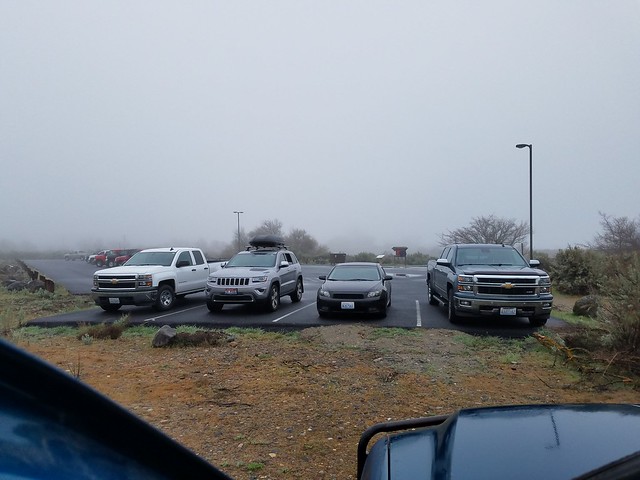 The trip involved way more driving than I intended and we covered a lot of miles but we also got to see some beautiful country. My favorite place to visit on the trip was Pendleton, Oregon where I did a tour of the famous wool factory and thoroughly enjoyed a tour of the Pendleton Underground. 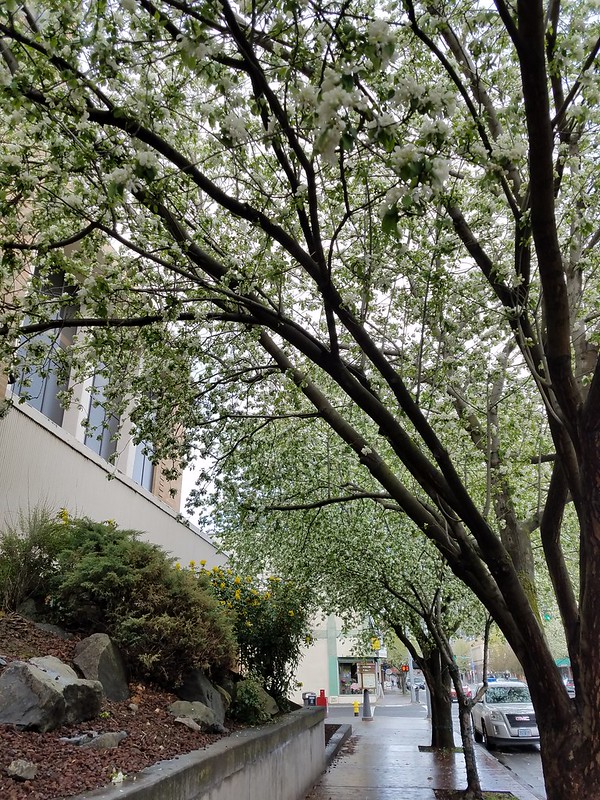 The Pendleton Underground tour covers an approximate single square block of the town although the original underground town (and it still exists) covered 16 square blocks. Many of the tunnels under the town have now been blocked off and filled in under the roads due to safety issues and collapsing roofs. There was a lot of history to be learned about the area including the involvement and importance (and harsh treatment) of Chinese workers. The non-profit organization that runs the tours has done an amazing job of recreating bath houses, laundry facilities, butcher cellars and ice cream freezers…it is well worth the $15 fee. Reservations are required and it is a popular tour. Follow the link here for more information and to book tours: Pendleton Underground Tours 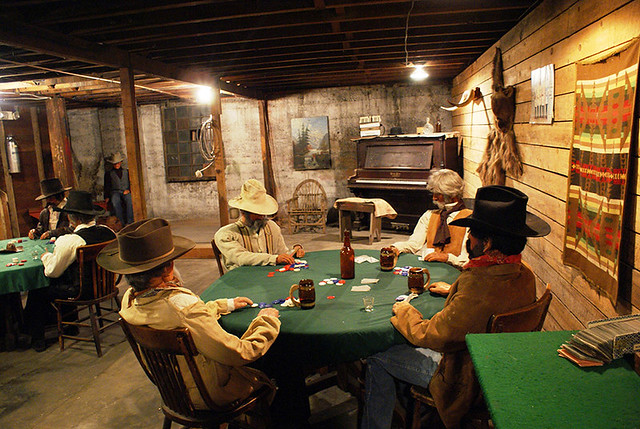 The other highlight of the month was the town of Chelan, famous for the long lake to its west. Chelan was small, not too touristy (at least for mid April) and quaint. I loved it. Sadly the weather wasn’t ideal and while we spent time in the state park and the city park (for the dogs), I enjoyed the brewery and the coffee house more. The stores were fun to poke around in and the museum was worth a couple of dollars in donation to explore; the history of Lake Chelan alone is worth a dollar or two.

My final hoorah of the trip was treating myself to a wine tasting at Tsillan (pronounced Chelan) Cellars which was then followed by dinner. The wine was sublime and I found myself (regrettably, or maybe not so much) buying a couple of bottles of the wine…it was extremely good. I justified the cost by knowing that I would have spent $10 on the tasting and another $15 for a couple of glasses of wine at dinner…so I really only paid for one bottle! (I have to keep telling myself that). 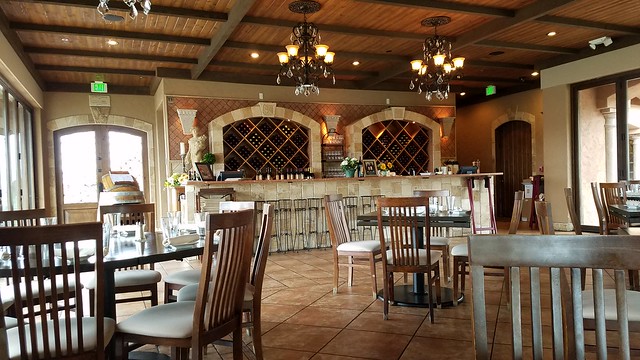 Sorrento’s Restaurant is a beautiful Tuscan-inspired villa that is attached to the winery and part of the complex. I had made an early dinner reservation for myself and I chose a mushroom-based pasta dish, which was absolutely sublime and I enjoyed every single mouthful…slowly. I also enjoyed my wine. And then I had desert. I never have desert…but they had TIRAMISU…and it was AMAZING and I ate it ALL!!! I can’t describe in words how much I loved this place. They have a beautiful outdoor patio surrounded by trees and flowers and waterfalls that I enjoyed looking at but could only be enjoyed in warmer weather. I highly recommend this place as a treat if you are looking for one and the prices weren’t completely unreasonable; with wine already purchased from the winery I only paid $37 including tip for the meal. 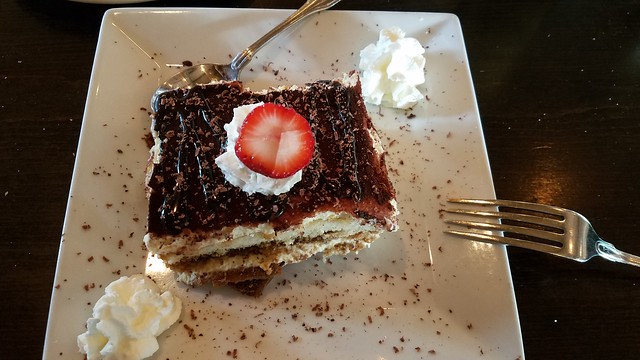 With the road trip winding down I headed for the last couple of campsites for the trip…the last one, sadly, infested with nasty, tiny deer ticks…two of which I found on me, two in my bed later, one on my driver’s seat and two on the dogs. (I can just about deal with dog ticks as they are larger and much easier to see. Deer ticks are about the size of a grain of rice and much more difficult to see, although not as tough to remove as the squishy soft-bodied tick). 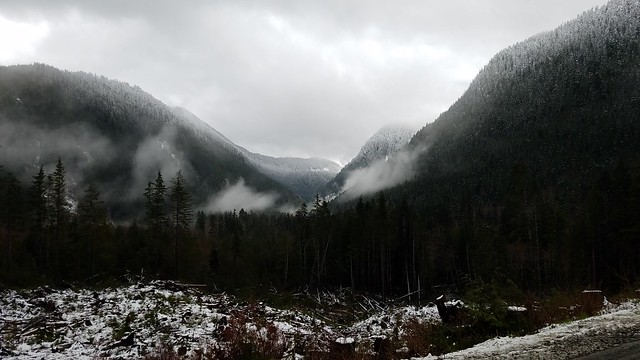 The second to last night was spent at a paid campground at the county fairgrounds in Monroe as I couldn’t find a decent place to spend the night for free (the only one anywhere close had some seemingly-sketchy people there and several dogs), but at least I got a shower. The second was in the aforementioned tick-infested Capitol State Forest…beautiful views but not the greatest choice of camping locations due to the ticks.

With a month of travel behind me I headed back to Yelm for a week to recoup, refresh and be a bum for a week while celebrating my friends’ kid’s birthday.