I bought the Tarptent Stratospire Li the day it was first released and I was so excited that there was now a true DCF double wall tent that would hold up to wind a little better than my Duplex. I have loved my Duplex for 2 years and it served me well but I wanted something a little more wind and rain worthy with my move to the UK pending. I love DCF for its waterproofness and being incredibly light. 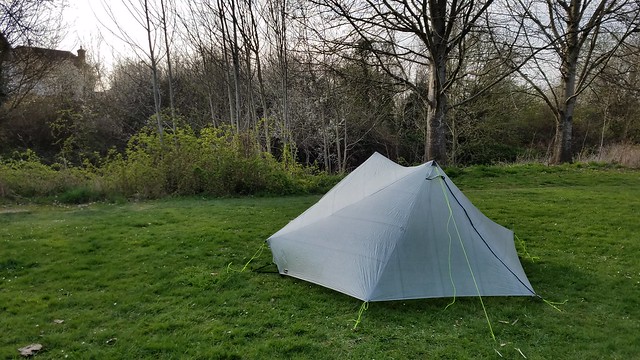 I had ordered the solid inner so had to wait a little longer for it to arrive, but arrive it did. I watched the set-up video several times and read over the instructions carefully. It looked fairly simple. However actually putting the tent up was a completely different matter. I couldn’t get anything tight and it was saggy along the ridgeline. I tried again; it certainly isn’t the most intuitive tent to put up and I’m used to having to finesse a DCF trekking pole tent. I was still not getting the taught pitch I was seeing in the pictures. I emailed Tarptent and got some advice. My third pitch was better but still not perfect.

Two things I noticed in regards to quality control:

I packed the tent away for my move to England and didn’t get the chance to try putting it up again until my weekend in the New Forest. 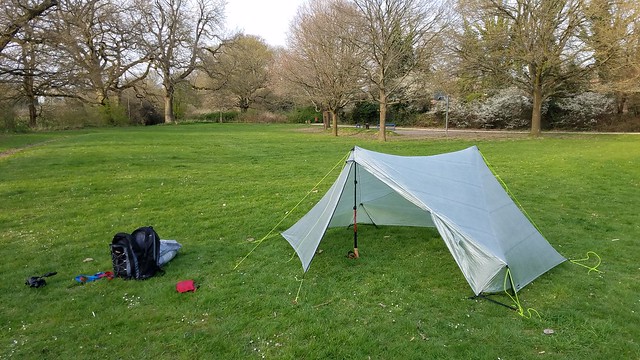 Again I fought with the tent to get it right, forgetting to leave the pitchloc ends for last. Eventually I got a moderately-tight pitch. The biggest issue I had was the sag in the inner tent. The elastic from the inner to the outer was positioned very low and was thus not in a position to lift the fabric. This, in turn, created a serious loss of space in an otherwise spacious tent. It feels massive without the inner tent attached, but with the sag leaving 6-8″ between the walls on the non-pitchloc corners it felt small and cramped. 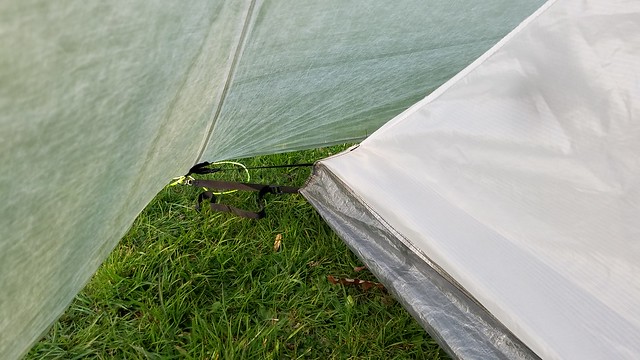 I emailed Tarptent again with some questions about the reasons for the sag and if there was anything that could be done to improve the way the fabric hung. I got some advice back and within a few days I took it back out for some more testing. I tried slightly longer poles and shortened the size of the loops the inner was attached to. 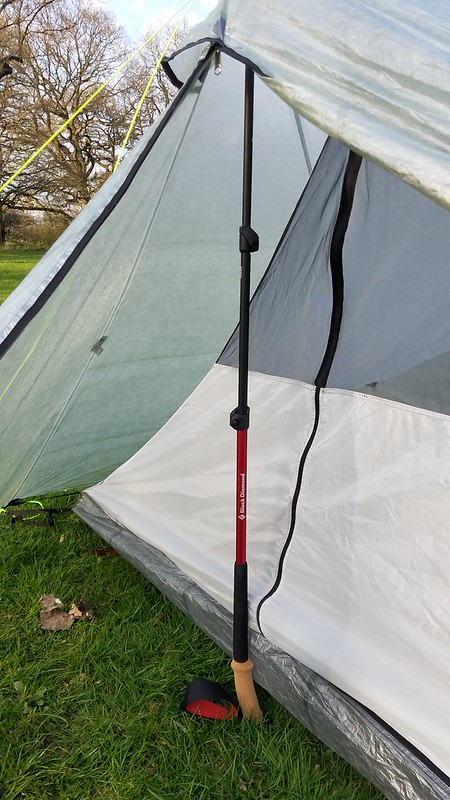 Lastly, while the little magnets that hold the doors back seem like a great idea I found that if I even brushed against them lightly they would come loose. I think part of this is the angle of the door…it can’t be rolled back in a straight line and has some tension pulling down on it from the pitchloc corner; this is turn means that it doesn’t take much pressure to nudge it loose. I prefer the toggle and loop closure on the Duplex for security but the magnets are a great idea for convenience and I’m just going to have to be cognizant of the issue.

I took the SS Li on it’s first backpacking trip out in the Brecon Beacons in April and we were out for two nights. Despite the less-than-ideal ground (old quarry) I managed to get a pretty decent pitch.  Having modified the pitchloc ends to have Linelocs and cord made the difference on having a taught tent in a place that was very difficult to get stakes in the ground. 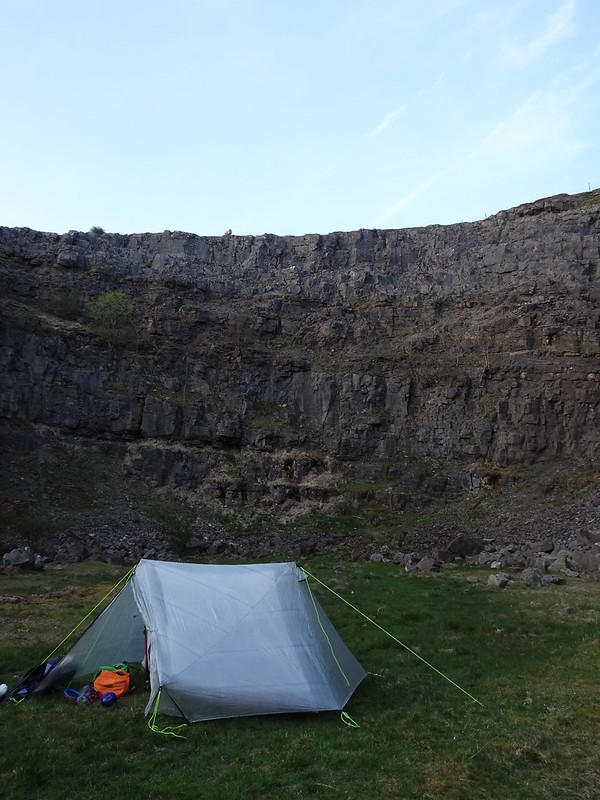 There was zero condensation on either the fly or the the inner tent and I had left no doors or vents open, bar the peak vents. Despite the wind (which woke me up a lot) during the night and the less-than-secure pitch the tent stayed solid. The wind in the morning made it more difficult to pack away with the required “rolling around the struts” but I got it done.

Pitch on the second night was quick and easy and very solid. Without any breeze the condensation in the morning was awful. I attribute that to our proximity to water, being at the low point of a valley and how cold the night got. Any tent would have had to deal with the same level of condensation (a friend’s Nemo had the same problem). 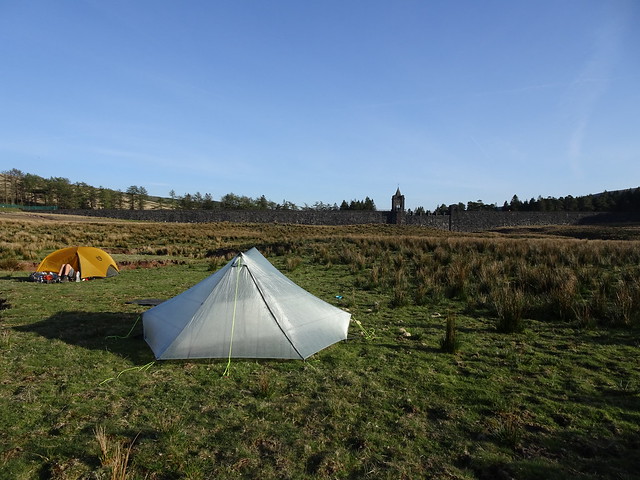 The double wall design makes it much tougher to wipe down the interior of the fly, but that is not a Li issue, and because the inner is removable I was able to let that dry and then remove it to wipe down the outer. The inner tent isn’t super easy to remove as the clips are fiddly and trying to unhook (or re-hook) them to the small loops of elastic was a pain. When I got home I attached some tiny rings to those elastic loops in order to make the inner easier to remove. I do prefer a toggle and ring approach (like Hilleburg uses) to connect inner to outer for simplicity.

Overall I do like the tent. Tarptent were great with customer service with the few issues that I found. Tarptent do extra QC checks on tents that are shipped internationally but since they didn’t know mine was coming to the UK with me I missed out on that…checks that would have caught the minor stitching issues. They did offer to have it fixed here in the UK but since I had already fixed all but one thing it didn’t seem worth it.

The pitch is not intuitive so it’s worth taking time to do it a few times at home before heading out to camp with it. Once you get the hang of it the tent can be up within 5 minutes.