I checked in with Denver Air Connection at Sheridan airport more than two hours before my flight which gave me and extra hour and a half to spend with family in town and grab a snack before having to brave TSA security.

Dad dropped me back at the airport an hour before my flight departure time and we said our farewells. I would see him in five weeks.

The flight was bumpy but otherwise decent and the service was excellent with free soft drinks and snacks offered during our time in the air. The plane smelled a little old and musty but the price was decent for the quality of service and 50 minute flight from Sheridan to Denver. With a bit of a cross wind blowing as we came in to DIA it was a bit of a stomach-lurching landing.

Sadly my flight landing at 2:50pm gave me over four hours to kill in Denver airport which I barely managed to fill with a wonderful lunch and a couple of beers at the Mesa Verde Grill on Concourse A followed by an episode of Supergirl on Netflix I had downloaded before I had left Story. It still didn’t fill all the time I had to fill and I eventually ended up at the gate half and hour too early.

The flight was a full one and marked one of the only times when I have been stuck with someone sitting in the seat next to me. It does make it much harder to sleep with someone else there. Despite the amount of people the flight was a good one with only a little turbulence followed by another rough landing due to some very strong winds as we came into Heathrow.

While my bag took a while to come through, both immigration and customs were super-fast and took no time at all. Some times it is really nice to have dual citizenship when it comes to immigration.

My mom, who I have not seen in almost in four year, was there to meet me with a happy smiling face at Terminal 3. It was good to see her and the smile was followed by a massive hug. We located the car and got the heck out of the madness of Heathrow airport.

While I was definitely tired it did not stop me from chatting with mom all the way to Horsham, and appreciating all the greenery and lush growth that is synonymous with the English countryside. Wyoming had been in the middle of its six week green period when I had left, but it was nothing compared to the vast emerald landscape of England.
For the next couple of days I caught up on sleep, did a little grocery shopping to make sure I had my diet Pepsi for the morning and to get my body onto a new circadian rhythm as quickly as possible.

Friday was my birthday and I had planned this trip to be able to spend this one with my mom and other family for the first time in nearly twenty years. It was a huge thing for me, and for them. Mom and I decided to head to the coast by train for the day so we headed to the station and made the journey to Bognor Regis, a well-known and frequented tourist destination…when it’s warm. While the weather wasn’t cold it was extremely windy and the rolling breakers were quite impressive. We sat behind a wave break to get out of the wind and eat out picnic…cheese and pickle sandwiches, although mom had forgotten the pickle! A walk down the pier followed by a coffee and a walk around beautiful Hotham House Park near the station completed the day.

Returning home we stopped for birthday cake and instead of the traditional fare I opted for berry pavlova, a favorite dessert of mine that can only rare be found in the US.
Saturday saw us relaxing for most of the day until my sister and her boyfriend, Adrienne and Chris, and my mom’s partner, Robin, arrived for lunch and a cup of tea, and to celebrate my birthday with me. With the sun shining down on us and with a light breeze keeping the temperature perfect we took a beautiful nature walk by Boldings Brook to the nature reserve about a mile and a half from the house. 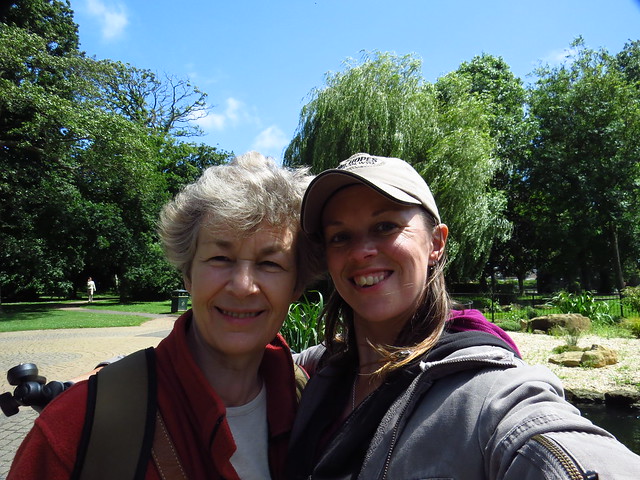 Another cup of tea was consumed by all but me (not very British of me, I know) before we spent some time in the Tern Hide to watch some of the reserve’s inhabitants. Sadly there were no kingfishers which are apparently in residence, and also my sister’s favorite bird.

The returning walk was just as pleasant although a few black clouds did threaten to dump their load on us once or twice. Thankfully the rain never materialized.

Reservations had been made for my birthday dinner at a local Thai restaurant. When my mom had asked where I wanted to go my only requirement was for food I can’t easily get where I live…so Thai is what it ended up being…and it was very good, as was the wine and the company. 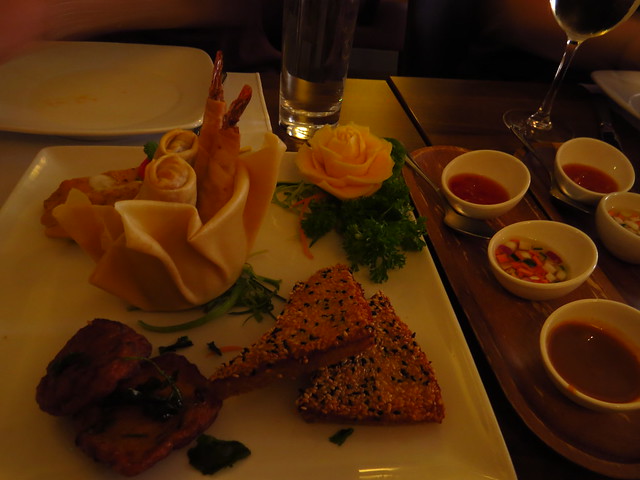 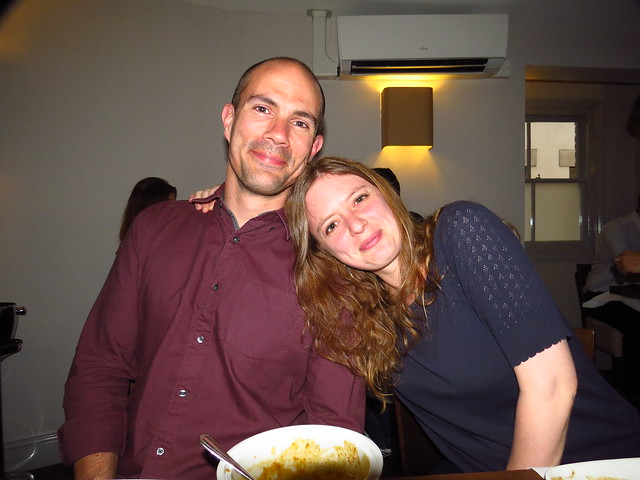 Back at the house mom pulled out a birthday present my sister had given her a month ago; a large “sharing” collection of dipping chocolates. With five of us in the house it was time to warm up the chocolate, pull out the tongs and get stuck in. It was a pretty yummy way to finish out the evening with my family, and a really great birthday.

A late night last night did not encourage an early morning start and I slept until almost 9. A relaxing morning a little grocery shopping preceded lunch, and lunch led into an afternoon of visiting my nan. This was the first time I had been to the house or seen her since my grandad died and I found it a little overwhelming and emotional. It was good to see her, and for being 88 years old my nan is still wonderfully nimble and independent…she is truly an amazing woman.

Below is a picture of the first train I watched my Grandad build. I have some amazing memories of watching him build it and how excited I was as it was more and more complete each visit 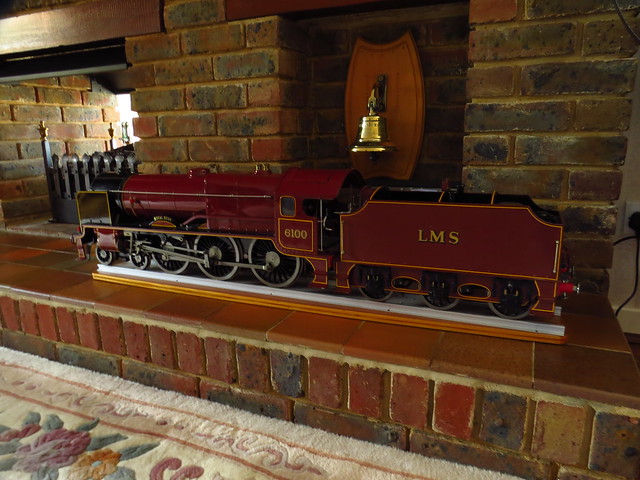